Officially Kmusic would like to wish YoonHo of BEATWIN, YeoOne or PENTAGON, Jeup of IMFACT, Lisa of BLΛƆKPIИK and Doha of BOYS24 all very happy birthday! 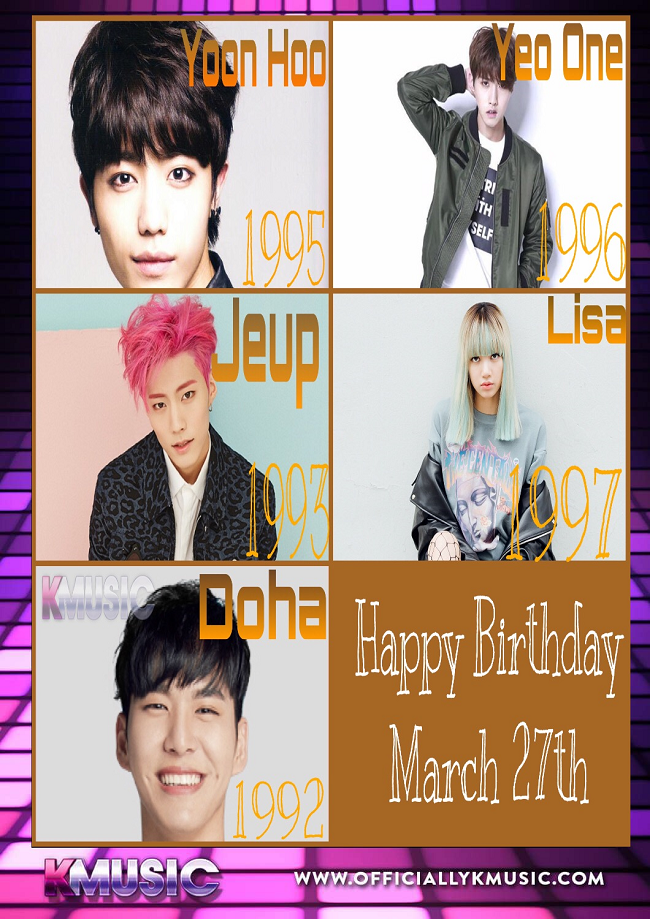 Things to know about Lisa:

She is friends with GOT7’s Bambam and CLC’s Sorn.

She can speak Korean, English and Japanese in addition to Thai.

She legally changed her name to “Lalisa” after a fortune teller gave her a good fortune.

She is the only one YG accepted from Thailand in a 2010 audition.

She was in Taeyang’s “Ringa Linga” music video.

Position in the Group: Rapper and Vocalist

Things to know about YoonHo:

He can play the guitar.

Position in the Group: Lead vocalist

Things to know about YeoOne:

He was in G’Na’s “Secrect” music video.

He was also in Dongwoon’s “KIMISHIKA” music video as well.

Position in the Group: Main vocalist, lead dancer and face of the group

Things to know about Jeup:

He can speak Korean and Chinese.

Things to know about Doha:

He will debut with BOY24 Unit Black in April.