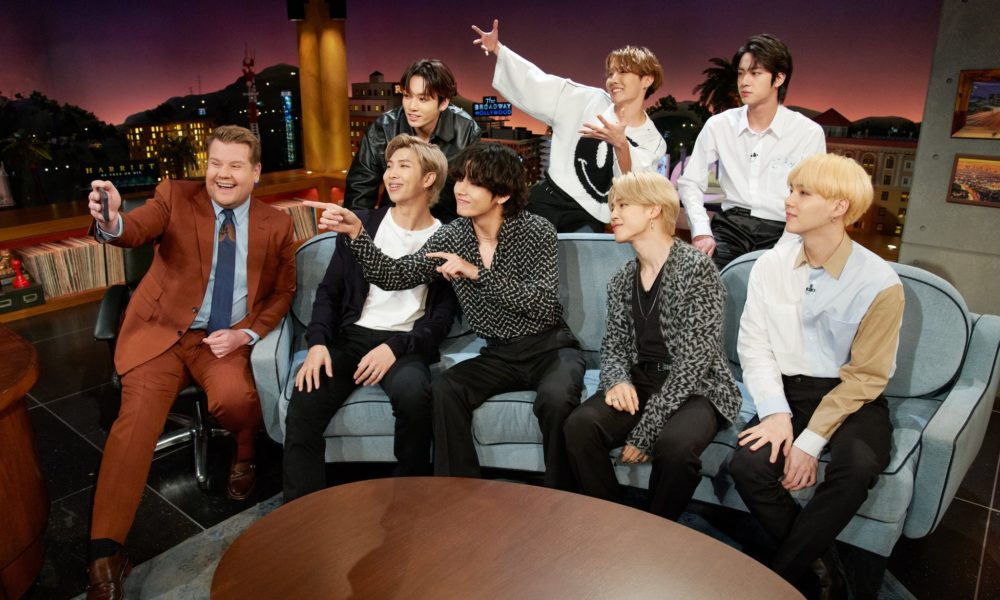 This will mark the 3rd time BTS have appeared on ‘The Late Late Show With James Corden’! Having first perform 2 years ago with ‘DNA’ and Member V catching the world by surprise not flinching at all during a game, to then performing ‘Fake Love’ a year ago to now debuting their first ever performance of their latest single ‘Black Swan’!

On January 28th, BTS appeared once again on ‘The Late Late Show With James Corden’, after previously releasing their MV Art Film for ‘Black Swan’ that you can read about here. Armys around the world have been highly anticipating their release of the original choreography that BTS will perform too, and it was so worth the wait! BTS spoke about their time & performance at The Grammys 2020 and also mentioned their upcoming World Tour and album, of course they spoke about their love for Army and showed how much they appreciate them. Watch the interview below!

BTS then completely transformed the stage and made it their own, perfectly performing to ‘Black Swan’ in all black and bare foot. The dance is so creative and very beautifully made, check out the performance below!

James Corden couldn’t end the show without a game involving BTS, and American actor Ashton Kutcher also joined in on the fun! They played a game of hide and seek, where Ashton and James had to set off whilst BTS hid all around the studio! Watch the fun antics they got up to below!

What are your thoughts on BTS’ Choreography to ‘Black Swan’ and thoughts in their performance? What other TV show would you like BTS to appear on? Let us know in the comments below!