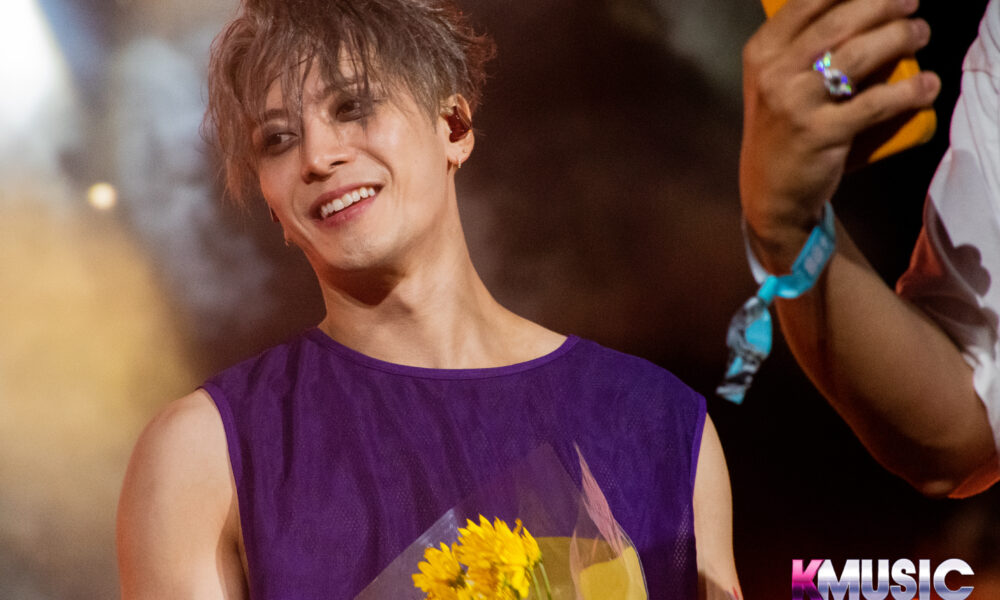 This year marked another momentous year as Head in the Clouds made it’s return for the third year since it all began in 2018. This year’s lineup had a star studded cast that included musical icons such as Teriyaki Boyz, Audrey Nuna & Deb Never, Eaj, Jackson Wang, Chungha, MILLI, BIBI, Jay Park, and many more. Head in The Clouds in recent years has made a name for itself as a festival that features mainly Asian artists that are multi-talented in their own part of the globe.

In terms of KPOP, this year was especially memorable due to the appearances of Jay Park, Jackson Wang, Chungha, BIBI and former DAY6 member Eaj. The festival itself took place over the 20th and 21st, and recieved big praise for the artists in attendance.

Saturday’s lineup featured KPOP artist’s Chungha and Jay Park as the Korean headliners, while Sunday featured BIBI and Eaj, and the day of performances closed out with Jackson Wang of GOT7. Each soloist brought the hype of their musical careers to their stages, and certainly didn’t disappoint. Despite having different musical sounds, they all burned the stage with their charismatic performances and left the fans screaming for more.

BIBI herself has graced the stage previously at HITC, but this year was a first for almost everyone else. Chungha dazzled the crowd with her genuine personality and flawless choreography. Despite being in a group previously, she filled the stage effortlessly at her first ever HITC stage. As the sun set, the crowd grew thirsty for the legend himself, Jay Park. The crowds weren’t short on love-cries and screams as every movement of his only intensified the heat building in the crowds. Known for his many catchy hits and chiseled physique, he left the crowd wanting more with each song. To close off his set he was joined in a surprise cameo by pH-1, and SIK-K.

As for day two, while BIBI didn’t open the stage, she definitely had the crowd singing along. Already having made a name for herself, this performance only served to solidify that. She left the stage with flowers, love calls, and many more memories. Joining the main stage later was Eaj. Known for his fresh vocals, his performance refreshed the stage and introduced his kaleidoscope sound to the world. While Eaj’s sound isn’t exactly the sound of KPOP, he’s a self produced artist that has shown that an artist can have more then one color. His performance made for a mellow atmosphere that was both hypnotizing and relatable.

Finishing off the solo stages for the night and the festival was Jackson Wang. Even as a solo artist, his presence filled the stage in a way only Jackson Wang can do. Being a one-man-show, he brought a euphoric performance to each song, and even showcased a few new tracks from his upcoming “Magic Man” release. His name echoed across the crowd with each passing song, and it only intensified as the finale neared.

As each passing artist graced the stage for the finale, it was clear that despite the differences in their musical sounds, each artist had a collective in common. Music brought them together to celebrate on one stage.