GHOST9 debut with a dynamic sci-fi MV for ‘Think of Dawn’! 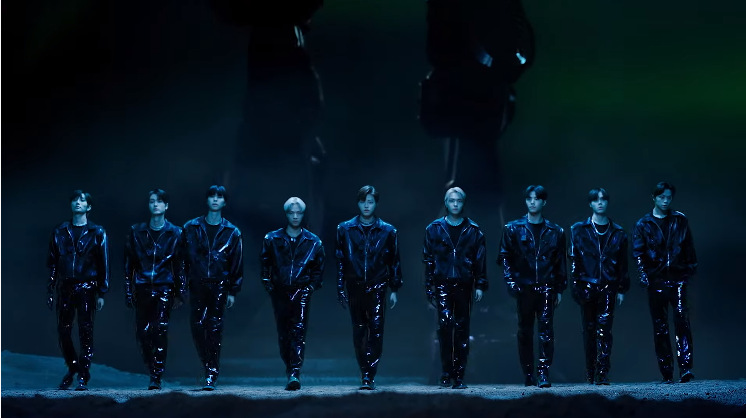 GHOST9 debut with a dynamic sci-fi MV for ‘Think of Dawn’!

On September 23rd, Maroo Entertainment‘s new boy group GHOST9, made their debut with the title track, ‘Think Of Dawn’. This was accompanied with the group’s 1st mini album, ‘Pre Episode 1: Door’. Check out the MV down below!

Upon listening to the track, it is very intense. Utilising a blend of dubstep and hip hop, the powerful vocals/raps and charismatic performance from them shine through.

Looking at the MV, there are a variety of sets and scenes to create a dynamic video watching experience. It is mainly set in a sci-fi neon lit futuristic facility. We also see the group perform much of the choreography which appears impactful to match the track’s strong impression. The addition of backup dancers also creates the illusion of more members and has a greater effect on making the dance routine bolder. The members mainly have three sets of outfits. All of them feature the color black with two of them being full on; however they use different materials, with looking more street style with leather and denim; and another flashier look with leather and latex. The remaining main attire then features a black top with loose white pants and black shoes, leading to a contrasting eye catching appearance.

Towards the end of the MV, we see the facility burst into flames as the members pull a lever, activating a huge one eyed robot to function. They all walk outside to a barren landscape with an aurora shining in the sky and the robot stomping behind them.

The group consists of nine members which include Junhyung, Dongjun, Shin, Kangsung, Junseong, Prince, Woojin, Taeseung and Jinwoo. Their ages range from 16-19. Many of the members already had previous appearances before their debut with participation in idol survival shows such as YG Entertainment’s MixNine and Mnet’s Produce X 101. Furthermore the youngest members (Woojin, Taeseung and Jinwoo) debuted as a unit under the project group TEEN TEEN back in September 2019.

‘Pre Episode 1: Door’ features six tracks including this title. With its naming, fans can expect there will be a sequel to this album. Whether that be a continuation of the theme, or connection to a story in their MV is out in the open.

How do you feel about the Maroo Entertainment‘s group debut? Let us know in the comments below!

Scroll for more
Tap
Wonho’s back with an ‘Open Mind’!
WEi make their group debut with charming ‘Twilight’ MV!
Scroll