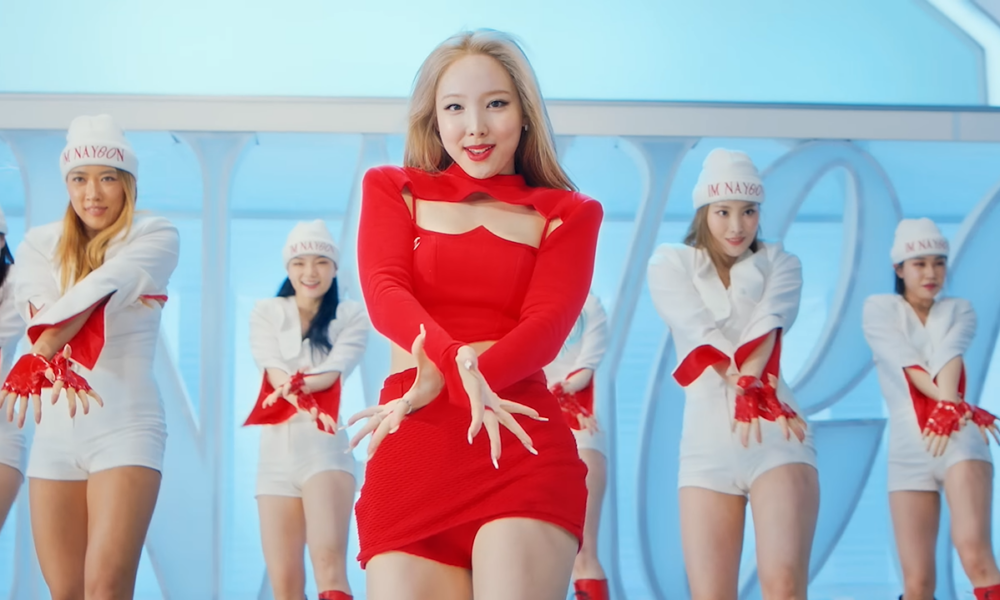 On June 24th, TWICE‘s NAYEON released the music video to her solo debut title track, ‘POP!’. It comes off the simultaneously dropped ‘IM NAYEON’. Being the first member from the mega girl group to debut solo, fans have been waiting since 2015 for the day to come. At the time of writing the mini album has surpassed 120,000 sold copies, becoming the top 1st day solo female release from 2022 so far.

The track is incredibly poppy and infectious. Unapologetic brass hits throughout the track to give constant sugary energy. This combined with the main vocalist’s fresh tone makes for a classic summer bop. Its bolstered chorus and post chorus only continue to hook and sink your ears into the tune’s blaring upbeat personality.

Watching the music video, we see the songstress dressed head to toe in a wardrobe variety of outfits. Showing her typical bubbly visuals and personality, the vibrant sets show a high budget and polish to a summery theme. Its point choreography matching the “pop” lyric is certainly one to look out for on social media as the song will storm its way into feeds.

How do you feel about the solo debut? Let us know in the comments below!