Officially Kmusic would like to wish GOT7’s Mark a very happy birthday! 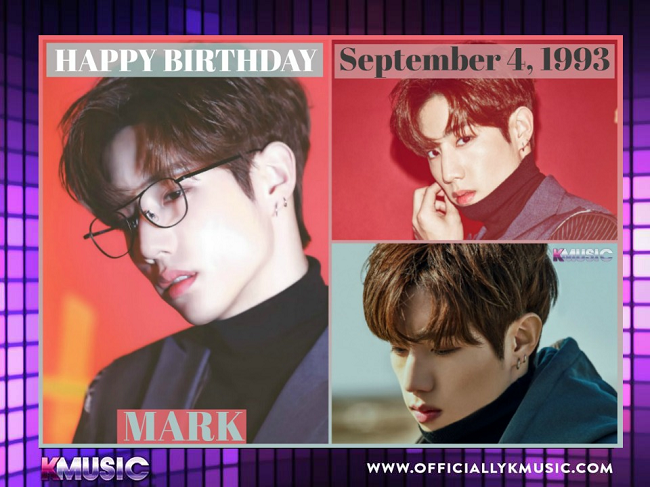 Things to know about Mark:

He lived in Brazil and Paraguay when he was younger.

He, Jackson and Bambam are the only non-Korean members of GOT7 (He’s Taiwanese, Jackson is Chinese and Bambam is Thai.).

He’s dorm partner use to be Jackson, but now each member has their own rooms (expect for Bambam and Yugyeom who choose to stay in their room together) in the dorm.

He and Jackson use to co-host After School Club and dubbed themselves as “Markson.”

His parents love GOT7 and have “adopted” all the members.

According to Amber and Jackson; Mark can talk a lot once he’s comfortable around you.

Outside of GOT7; Mark is close to BTOB’s Peniel, Eric Nam, Kevin Woo, Amber, and BTS’s V.

He writes and composes songs; most of which were on their Flight Log trilogy albums.

He and Youngjae are known as Coco’s parents. (Coco is the dog that lives in GOT7’s dorm; JB’s cat Nora now lives with friends since Youngjae is allergic to cats.)