Around Us Entertainment announced, “Dongwoon will be releasing a solo digital single on July 18th.  It’ll be his first solo song.  All three songs in the digital single are self-composed.  The title song especially will have his sincere voice with things he’s thought about for a long time.”

He made his Japanese solo debut back in 2015.

Dongwoon has revealed a schedule for the release which also gave us a first look at his concept for this release. 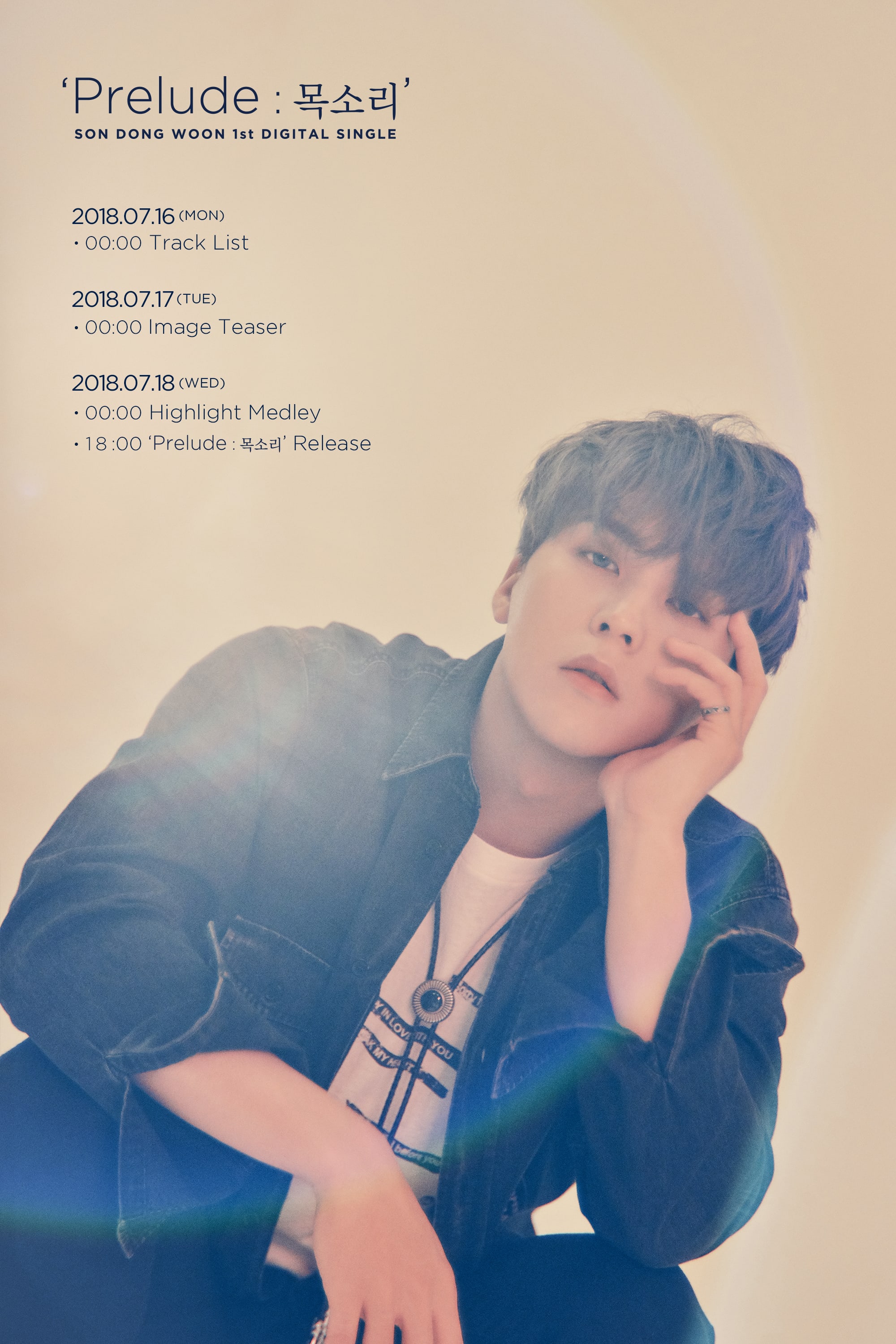 We don’t have long to wait until the next teaser, the track list is released on Monday, 16 July.

The single ‘Prelude: Voice‘ will be released on 18 July at 6pm KST.