ITZY breaks a record with their debut single ‘Dalla Dalla’ ITZY breaks a record with their debut single ‘Dalla Dalla’

On February 10th, JYP Entertainment revealed their upcoming rookie girl group ITZY’s MV for their debut single ‘Dalla Dalla’. Within 24 hours of having been released the video had already over 14 million views, setting a new record. Three days on and the video now has over 30 million views. 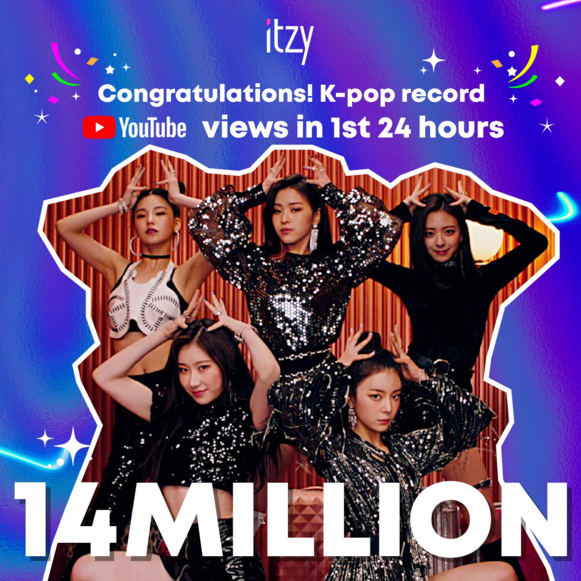 ITZY commemorated the release of their single album ‘It’z Different’ by performing a live showcase at the Blue Square IMA Hall in Hannam-dong, Seoul, on the 12th of February. They also performed popular songs from their seniors in the company, such as Wonder Girls’ ‘Irony’ and MISS A’s ‘Bad Girl Good Girl’.

What do you think of ITZY’s debut single ‘Dalla Dalla’?