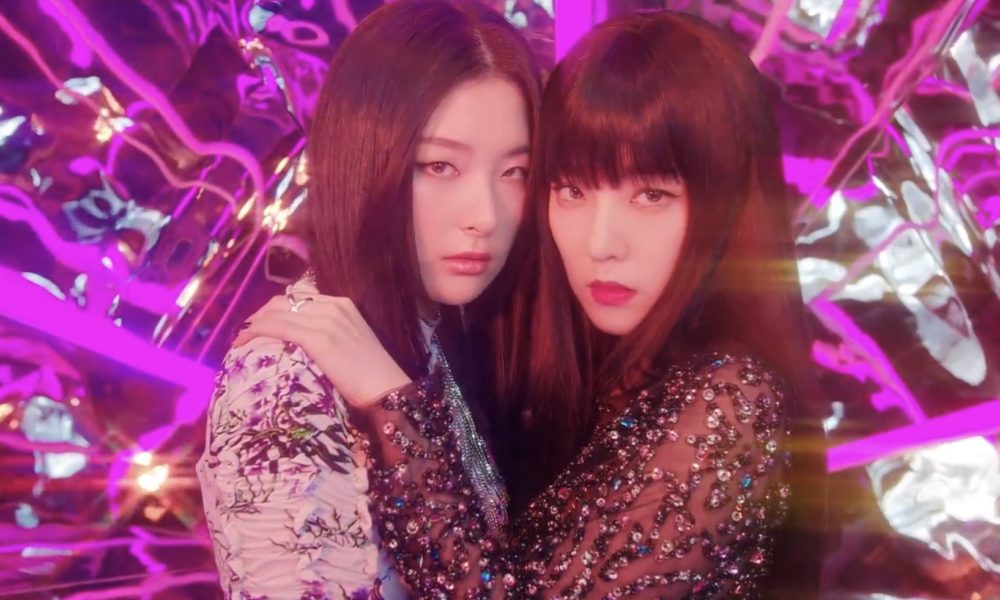 Red Velvet have surprised us all with the debut of their first sub-unit consisting of members Irene and Seugli!

Promotions for the sub-unit’s first mini album ‘Monster’ started in May this year and had everyone talking! The highly anticipated debut released the song first on the 3rd of July and finally released their MV on the 7th of July!

The MV is currently trending on YouTube at 11th place worldwide and nearly has 20 million views! The powerful pair are showing off their dark side in such a beautiful way in the MV. The way they control each other in the choreography and are so intertwined has us under their spell! The MV flows between their good and bad sides as they release their inner monster, and the lyrics take you on a journey through their story.

Check out their MV below!

What are your thoughts on Red Velvet’s sub-unit debut MV ‘Monster’? Let us know in the comments below!

Scroll for more
Tap
E’LAST make their explosive and stunning debut with ‘Swear’!
TREASURE want to be your ‘BOY’ in explosive debut MV!
Scroll