‘Show Me The Money’ Season 6 scheduled to air from 30 June!

‘Show Me The Money’ Season 6 scheduled to air from 30 June!

The countdown to SMTM6 is on! 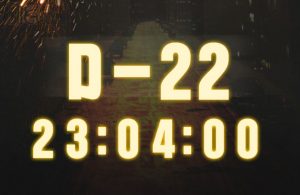 This season’s line-up is loaded with talent, and includes producers Zico (Block B), DEAN, Dynamic Duo, Jay Park, Dok2, Tiger JK and Bizzy this time around. With international auditions held in both New York and Los Angeles earlier this year, the competition is going to be fierce!

While you’re waiting for 11pm KST 30 June to roll around, you can check out the ‘Producer Cypher‘ music video released by Mnet below!

Stay tuned to Officially Kmusic for more updates about the new season of SMTM!

Scroll for more
Tap
Produce 101 Concept Evaluation Songs To Be Released June 3rd! We Have All The Details!
Produce 101 to have two debut evaluation songs for the Season 2 finale!
Scroll
Loading Comments...