Popular web drama ‘Sound of Heart’ will return with a second season!

Popular web drama ‘Sound of Heart’ will return with a second season!

Popular web drama, ‘Sound of Heart’ will be returning to your screens with a second season just confirmed! 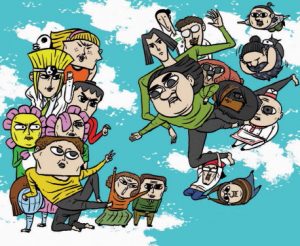 The KBS2 drama originated from a webtoon by Jo Seok and began airing its first season earlier this year. It became known as a very relatable drama, through both its storylines and lovable characters!

The reboot will begin filming next month, with the new season to air in the first half of 2018!

Are you excited for ‘Sound of Heart’ season 2?