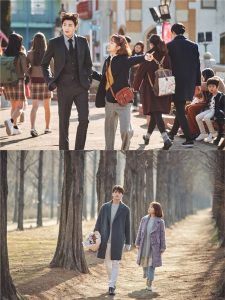 The latest hot K-drama, ‘Strong Woman Do Bong Soon‘ continues to boast high rankings and has taken ranked #1 spot!
According to the Good Data Corporation, the JTBC drama took the March 3rd top spot, even beating out hit variety show, MBC’s ‘Infinite Challenge.‘ These results were from a survey of TV programs from March 3, 2017 (airing from 13th to 19th). The show ranked No. 1 in the overall ranking. The drama not only topped ‘Infinite Challenge’, but also Mnet’s ‘Produce 101 Season 2‘, and the SBS drama ‘Defendant.’

TV rankings are a collection of daily netizen reactions from online, news, blog, community, Twitter, and videos for each week after each program’s broadcast.

Check out ‘Strong Woman Do Bong Soon’ every Friday and Saturday on JTBC at 11:00 pm.