Super Junior are returning with a new season of ‘Super TV’

Super Junior are returning with a new season of ‘Super TV’

Super Junior have surprised and delighted fans with the announcement that they are returning with a second season of ‘Super TV‘.

The new season will air on XtvN from June 7.

Check out the poster for ‘Super TV 2’ 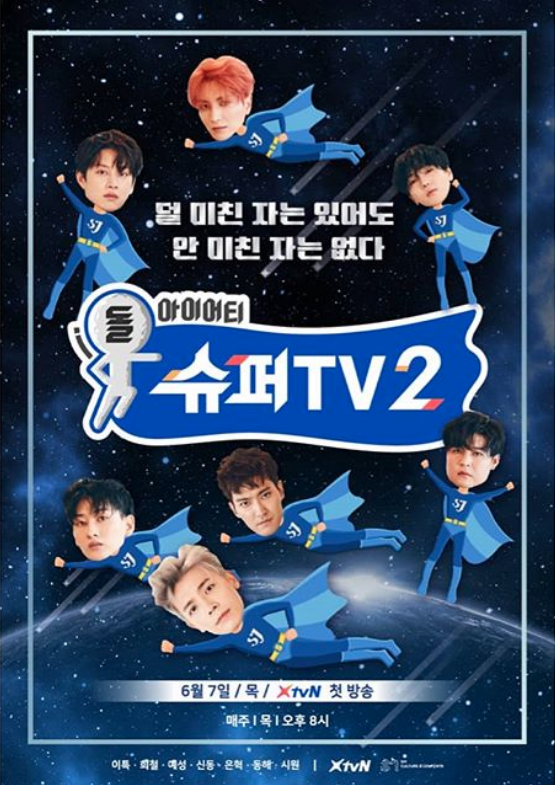 The group also held a surprise V-live broadcast where they confirmed the return of their reality show and revealed some spoilers for the show including a new concept, an upgraded set and most excitingly, the fact that member Siwon will be joining the show.

XtvN have also just dropped a new teaser for the first episode of the new season.  In a video game-themed teaser, we see a panel of potential teams from which Super Junior are selected as Player 1.  The identity of Player 2 remains a mystery, however, there are reports that girl-group AOA will be the first guests on the new season.

What do you think of the news of Super Junior‘s ‘Super TV‘ returning for a second season?  Are you looking forward to watching more antics that the group get up to?  Let us know your thoughts in the comments below.

Keep up to date with the latest Korean entertainment news with Officially Kmusic.

Scroll for more
Tap
Seventeen’s and Pentagon’s Chinese members to appear on ‘The Collaboration’
Here’s one reason you should be watching ‘WHYNOT – The Dancer’
Scroll
Loading Comments...