Cre.ker Entertainment has confirmed that new boy group The Boyz will debut on December 6! 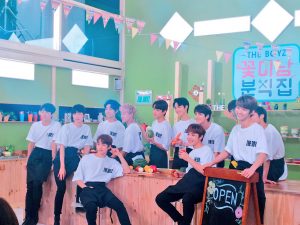 Despite not yet having made their debut, The Boyz have already made an impact with their fans. Their official fan cafe already has over 10,000 members, and their reality show ‘Flower Boy Snack Shop‘ has received over one million likes!

The Boyz have also already released their first music video ‘I’m Your Boy‘ to commemorate their reality show and to thank their fans.

Are you looking forward to seeing The Boyz make their debut on December 6?