Officially Kmusic would like to wish A.C.E.’s Jason and APINK’s Bomi both a happy birthday! 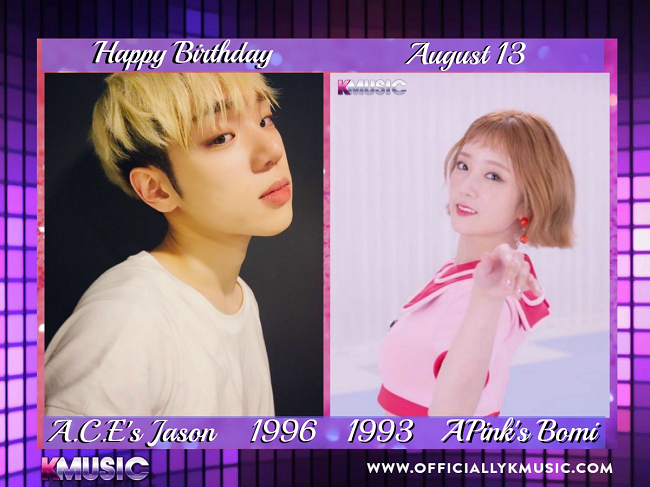 Things to know about Jason:

He was inspired by Rain to become an idol.

He partook in Kpop Star and was on the same team as iKON’s Junhoe.

Jason and his family lived in Canada when he was 5 years old for 8 months.

Before he started training at JYPE, he and GOT7’s Yugyeom was in the same middle school and on the same dance team. He’s still good friends with Yugyeom.

Things to know about Bomi:

She has a third degree black belt in Taekwondo.

She loves to play soccer and drums.

She was part of the girl dance crew in BEAST (Highlight)’s “Beautiful” music video.