Officially Kmusic would like to wish HIGHTLIGHT’s Doojoon and SF9’s Zuho both a very happy birthday! 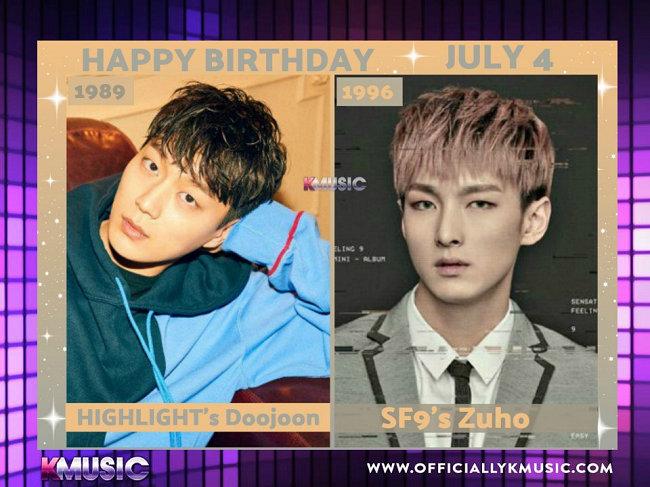 Things to know about Doojoon:

He wanted to be a teacher when he was younger.

He was a former JYPE trainee with members from 2PM and 2AM.

He and the rest of the members of HIGHLIGHT left Cube Entertainment in 2016 and created their own label Around Us Entertainment later that same year.

Due to copyright issues; they could not carry over the “BEAST/B2ST” name, so they became HIGHLIGHT.

Things to know about Zuho:

He talks in his sleep.

He likes to write and compose songs.