Fans are ecstatic following BTS’ announcement of a tour in 2020! 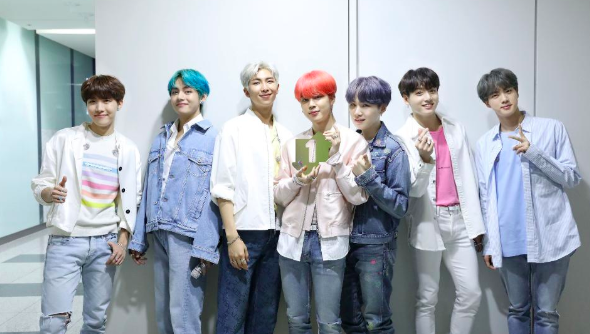 Fans are ecstatic following BTS’ announcement of a tour in 2020!

On December 24th, ARMYs around the world became very excited when Big Hit Entertainment tweeted an announcement that BTS would tour starting April, 2020. Check it out down below!

The teaser shows the reflections of the 7 members walking along purple galaxy like water. The word “Tour” is then featured on the bottom. Captioned “April 2020. Stay Tuned“, fans are ready for another tour by the boy group. It would mean we probably will be getting a comeback from them ahead of the tour.

Their last comeback was back in April with the mini album ‘BTS Map of the Soul: Persona’ along side title track ‘Boy With Luv’. Are you excited for another tour by BTS? Let us know in the comments below!

Scroll for more
Tap
ATEEZ surprise fans with the release of ‘Promise’ MV on the streets of Europe!
BIGBANG and Epik High to play at Coachella 2020
Scroll
Loading Comments...