Officially Kmusic would like to wish Eric Nam a very happy 28th birthday! 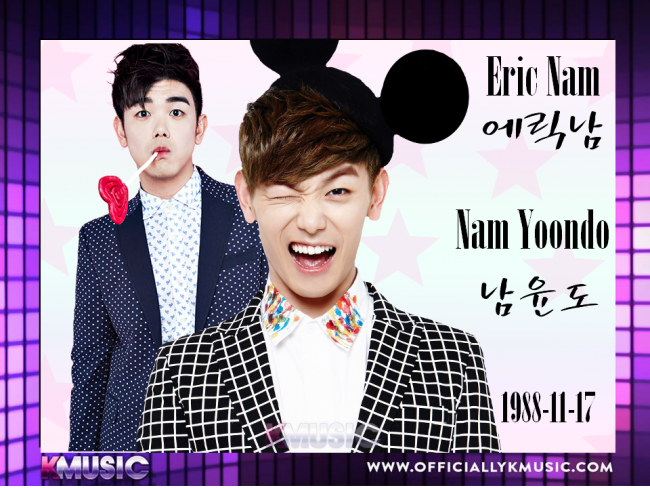 He can speak Korean, English, Spanish and Chinese.

He also has his Bachelor of Arts in International Studies from Boston College.

In June 2011, a cover called “Eric Nam – 에릭남 – 2NE1 – Lonely! Male Version Cover” got the attention of MBC to bring him to Korea for an audition.

On April 8, 2014 “Ooh Ooh” featuring Infinite’s  Hoya, with cameo appearances by Spica’s Boa, Busker Busker’s Brad Moore and U-KISS’s Kevin Woo and is one of his most popular songs to this day.

On April 2016 he joined We Got Married with Mamamoo’s Solar and in late June of 2016 he and American band KOLAJ came out with “Into You.”