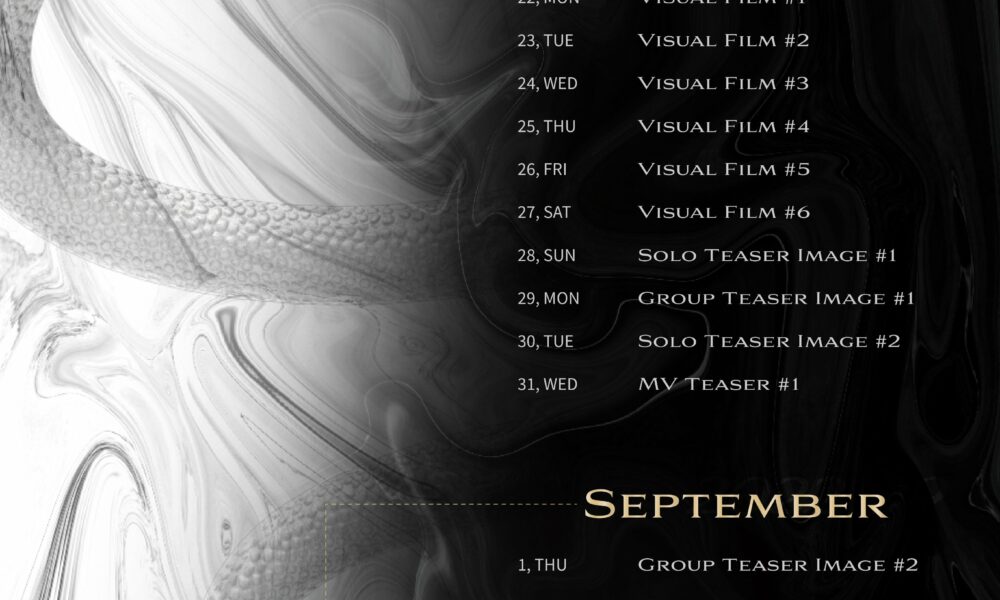 On August 18th, ONEUS released the teaser schedule for their upcoming 8th mini album, ‘MALUS’. This will mark the group’s speedy return in three months since the 7th mini album, ‘TRICKSTER’ which featured the title track, ‘Bring it on’.

The teaser schedule looks packed ahead of the EP. From the track list to a mysteriously titled ‘MY MALUS IS…’, there will be six visual films. Following this MV teasers and a highlight medley up to the release, the boys spare no time to stretch the waiting period between now and the comeback. Backed with a darkly elegant white and black gradient, the group’s logo has changed once again. Featuring a gold snake, there could be a mythical element to the concept with this album.

Check out the teaser schedule down below!

How do you feel about the boy group’s swift announcement of their return?

Scroll for more
Tap
TEMPEST reveal a teaser poster ahead of their first comeback!
HA SUNG WOON is in princely ‘FOCUS’ in 2nd MV teaser ahead of comeback!
Scroll
Loading Comments...