Song Hye Kyo and Park Bogum will be appearing together in the new drama ‘Boyfriend‘.

It’s already been confirmed that the drama will air on tvN sometime in November (in Korea).

‘Boyfriend‘ will tell the love story of Cha Soo Hyun (played by Song Hye Kyo), the unhappy daughter of a prominent politician and ex-wife of the heir to a wealthy conglomerate, and Kim Jin Hyuk (played by Park Bogum), an ordinary, innocent young man who knows how to find happiness in the small things. An incidental meeting between the two, who seemingly have nothing in common, ends up leading to a heart-wrenching romance that wreaks havoc on both of their lives.

The producers have confirmed that the drama will air on tvN and have announced that the programming schedule had also been confirmed.  It is scheduled to air as a Wednesday-Thursday drama on the network from November.  Although official dates have not yet been confirmed.

Park Bogum and Song Hye Kyo will team-up for ‘Boyfriend’ 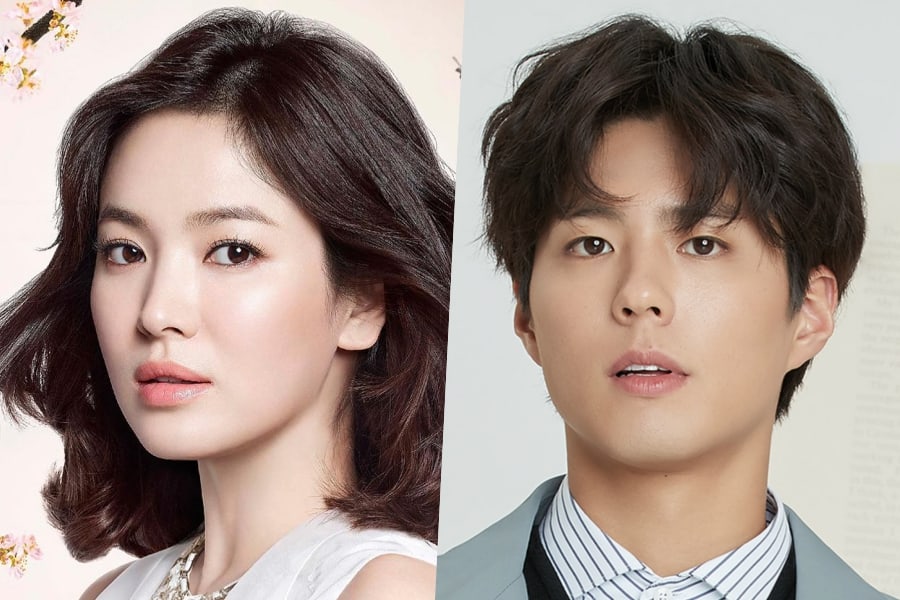 According to the producers, ‘Boyfriend‘ will commence filming as soon as casting is finalised.

What do you think of the news of Park Bogum teaming up with Song Hye Kyo?  Is ‘Boyfriend’ a drama you would watch?  Let us know your thoughts in the comments below.