New KBS drama ‘Lovely Horribly‘ has released a set of individual character posters for each of the main characters.

‘Lovely Horribly‘ is scheduled to commence airing on August 13 and will follow on from ‘Are You Human, Too?’.  It will tell the story of a top star and drama scriptwriter who find their lives intertwined.  Philip (Park Shi Hoo) and Eul Soon (Song Ji Hyo) were born on the same day at the same time, and are bound by a zero-sum relationship, in which one person’s happiness turns into the other person’s misfortune. The happenings that ensue are a mix of melodrama and horror to create the perfect horror romantic comedy.

The first poster is of shining star, Yoo Philip, (Park Shi Hoo) who succeeds no matter what he does.  Philip seems to radiate perfection from the top of his head to the tips of his toes, but he’s also a little clumsy.  He is all set to enter the golden age of his career and branch out overseas when an unexpected stroke of bad luck hits him.

The next poster is Oh Eul Soon (Song Ji Hyo), who is the ‘dark lovely’ icon of bad luck.  With messy hair and a typewriter clutched in her arms, Eul Soon’s character can be summed up with the poster caption, ‘Fails no matter what she does‘. Despite everything she is a warm and caring person once you get to know her.

Highlight‘s Lee Gikwang will play rising drama producing director (PD) Lee Sung Joong, who follows Eul Soon around like a puppy. His poster caption reads, ‘I can see ghosts‘, and the glint in his eye hints at something he can see that others can’t.

T-ara‘s Eunjung is playing Philip’s girlfriend and actress Shin Yoon Ah.  She is loved by the public but behind her beautiful smile is a strong possessiveness and jealousy over Philip. Her poster says, ‘It’s okay, nothing happened‘, and makes us curious to know what she is hiding.

Then finally, we have Choi Yeo Jin who plays drama scriptwriter Ki Eun Young, and is known as the queen of ratings. She rises to celebrity status because of her ability to write hit after hit, but she ends up getting caught in an unexpected situation after betraying best friend Eul Soon. Her poster reads, ‘The truth behind the million dollar fingers‘, we’ll discover that truth once the drama starts.

Check out the character posters for ‘Lovely Horribly’ 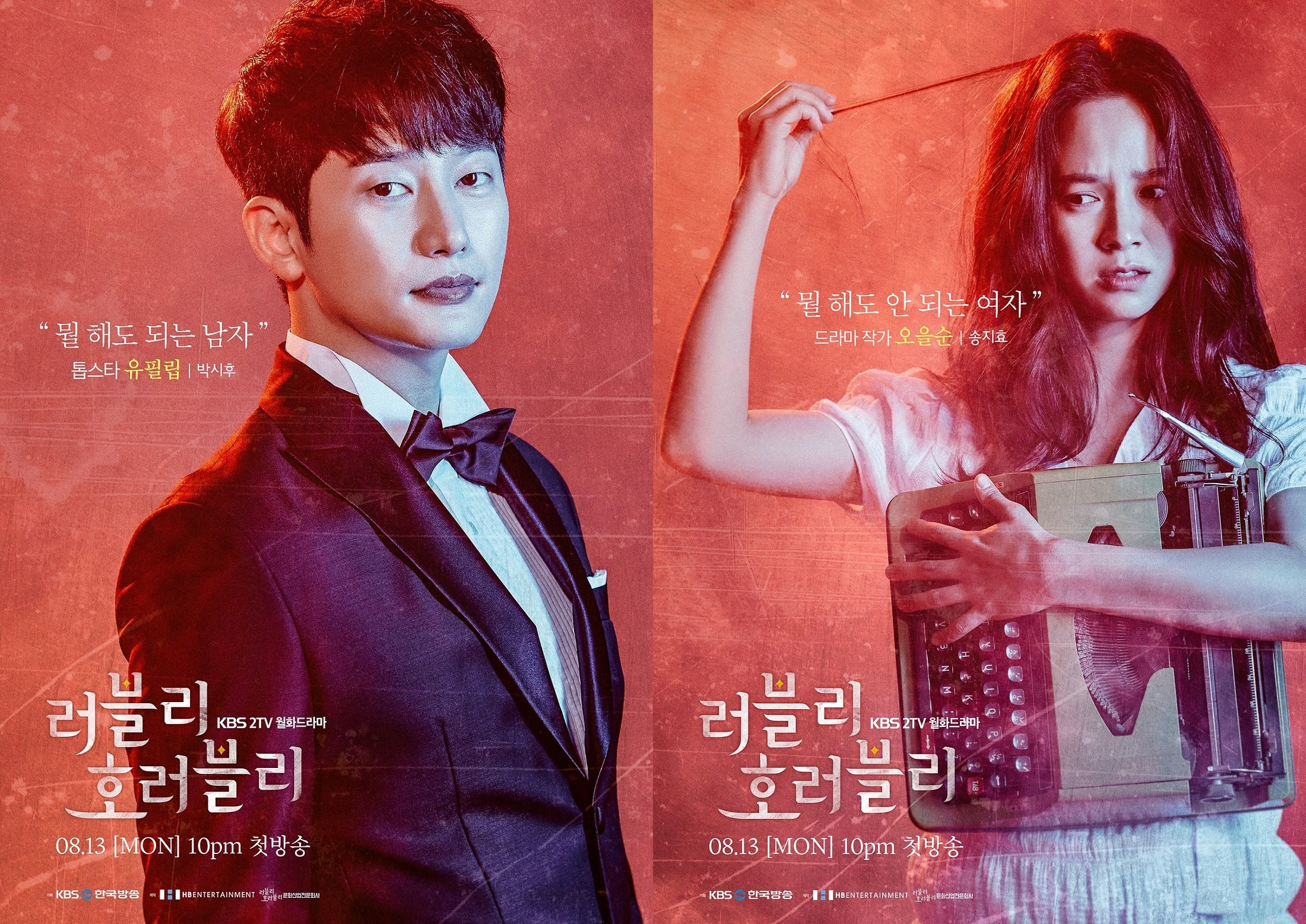 ‘Lovely Horribly‘ is scheduled to premiere in Korea on August 13 at 10pm KST.

What do you think of the cast posters for ‘Lovely Horribly‘?  Are you going to be watching this new drama when it starts airing?  Let us know your thoughts in the comments below.