We recently brought you the news that Song Hye Kyo and Park Bo Gum will soon appear together in ‘Boyfriend’.

‘Boyfriend‘ will tell the love story of Cha Soo Hyun (played by Song Hye Kyo), the unhappy daughter of a prominent politician and ex-wife of the heir to a wealthy conglomerate, and Kim Jin Hyuk (played by Park Bogum), an ordinary, innocent young man who knows how to find happiness in the small things. An incidental meeting between the two, who seemingly have nothing in common, ends up leading to a heart-wrenching romance that wreaks havoc on both of their lives.

Anticipation is high for the drama as it will be helmed by producing director Park Shin Woo, who also directed ‘Jealousy Incarnate‘, and written by Yoo Young Ah, who has previously worked on films like ‘Miracle in Cell No.7‘ and ‘Take Off‘. 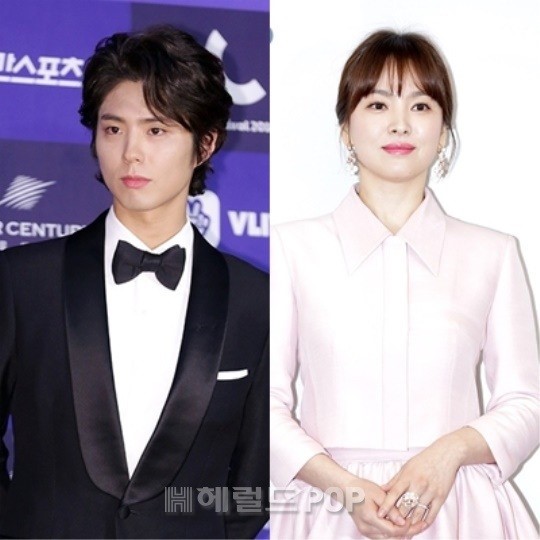 The drama ‘Boyfriend‘ is scheduled to commence airing in November on tvN.

What do you think of the news that Park Bo Gum and Song Hye Kyo have held the first script reading for their new drama?  Are you looking forward to watching ‘Boyfriend‘ when it starts airing?  Let us know your thoughts in the comments below.