The teasers came as a pleasant surprise for fans, as the group only recently promoted the track ‘DDD‘.

‘Re:flower‘ will be a monthly series that will feature remastered versions of selected b-side tracks from EXID’s previous releases. Every month, the flower will bloom further until it becomes a complete sunflower, which is the birth flower for the month of August, the month EXID debuted.

It has further been revealed that Solji’s solo track ‘Dreamer‘ from the group’s fourth mini album ‘Full Moon‘ will be the first song to be remastered for the new project.

Take a look at EXID’s concept images for ‘Re:flower’ 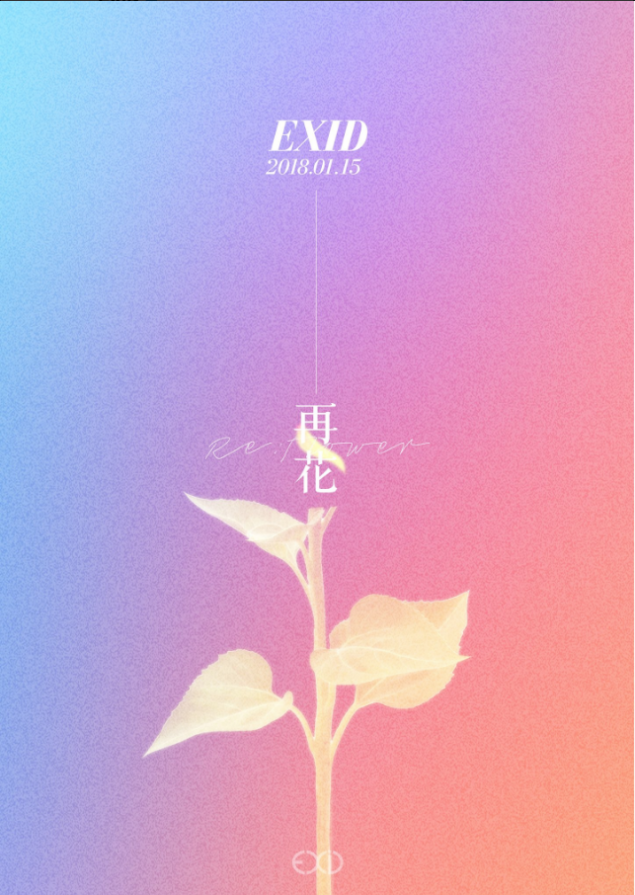 The first release in ‘Re:flower‘, Solji’s re-mastered track ‘Dreamer‘ will be release on January 15 at 6pm KST.

What do you think of the concept images released so far?  Are you looking forward to EXID‘s ‘Re:flower‘ project?  Let us know in the comments below.

Scroll for more
Tap
Check out Ashmute’s teaser images and tracklist ahead of first EP release!
Get up to speed with Jeong Sewoon’s photo puzzle teasers here!
Scroll