100% have released their track list for ‘RE:tro‘! The boy group will be making their comeback on March 14th at 6pm KST. Check out the track list below. 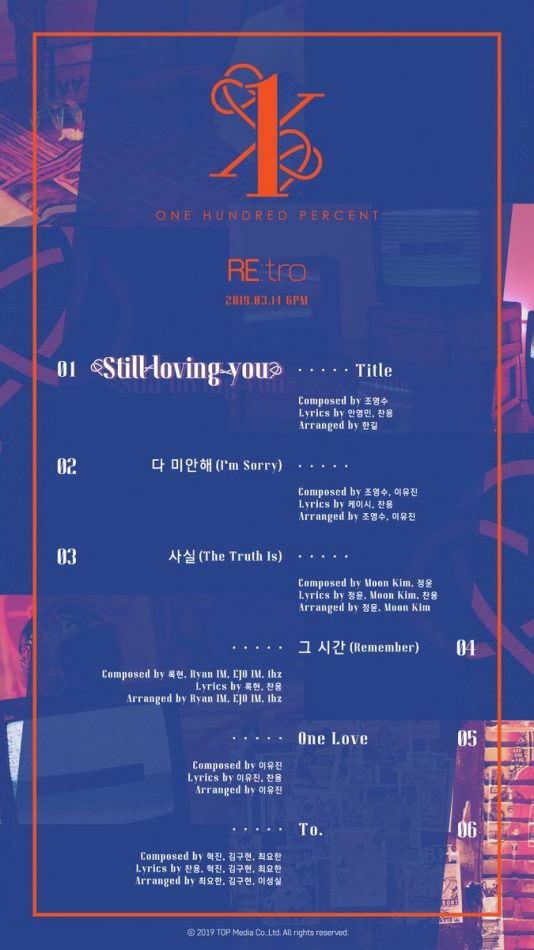 The album consists of six songs in total. The title song of the album is ‘Still Loving You‘ and a teaser has already been released.

Are you looking forward to 100%‘s comeback? Tell us what you think of it so far in the comments below!

Support 100% and keep following Officially Kmusic for the latest in music news!