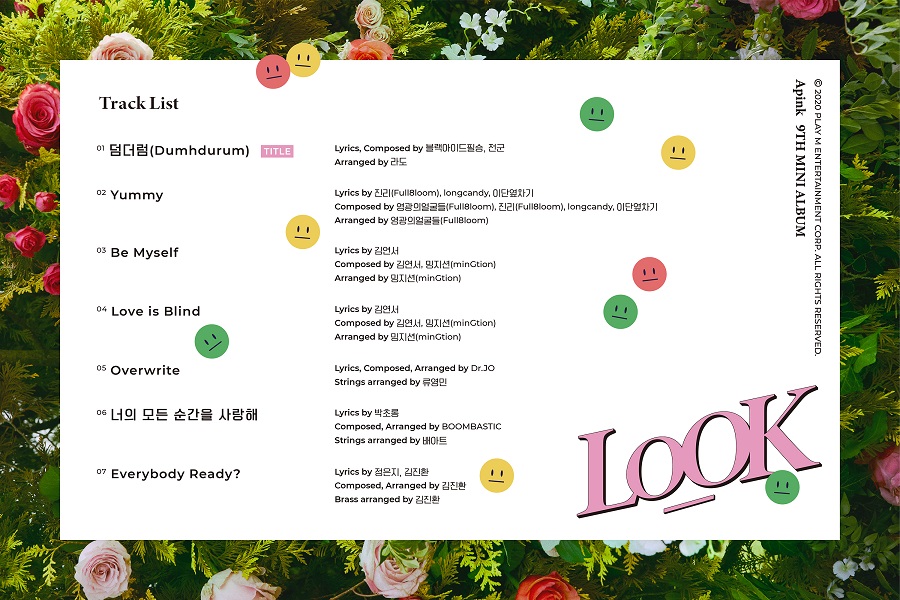 On April 6th, APINK released the track list for their highly anticipated 9th mini album, ‘Look’. Look at it down below!

The mini album will contain seven new tracks including the title track ‘Dumhdurum’ which is the literal romanisation of the Korean title. It sounds as if it is an onomatopoeia for a particular sound, more to find out when later teasers get released.

Other tracks include ‘Yummy’, ‘Be Myself’, ‘Love is Blind’, ‘Overwrite’, ‘I Love Every Moment of You (literal translation) and ‘Everybody Ready?’. The last two tracks have lyrics written by members Chorong and Eunji respectively.

The group’s last comeback was over a year ago in January 2019 with their 8th mini album, ‘Percent’ and title track ‘Eung Eung’, so fans have been hyped for the veterans’ group comeback for a long time.

Scroll for more
Tap
GOT7 will take you back in time in cinema trailer for ‘Dye’
CRAVITY add a splash of colour in second concept photos for ‘HIDEOUT: REMEMBER WHO WE ARE’
Scroll
Loading Comments...