Apink‘s Eunji has revealed the latest teaser for her upcoming solo album, ‘Hyewa‘. She has also revealed the next track preview. So, check it out below! 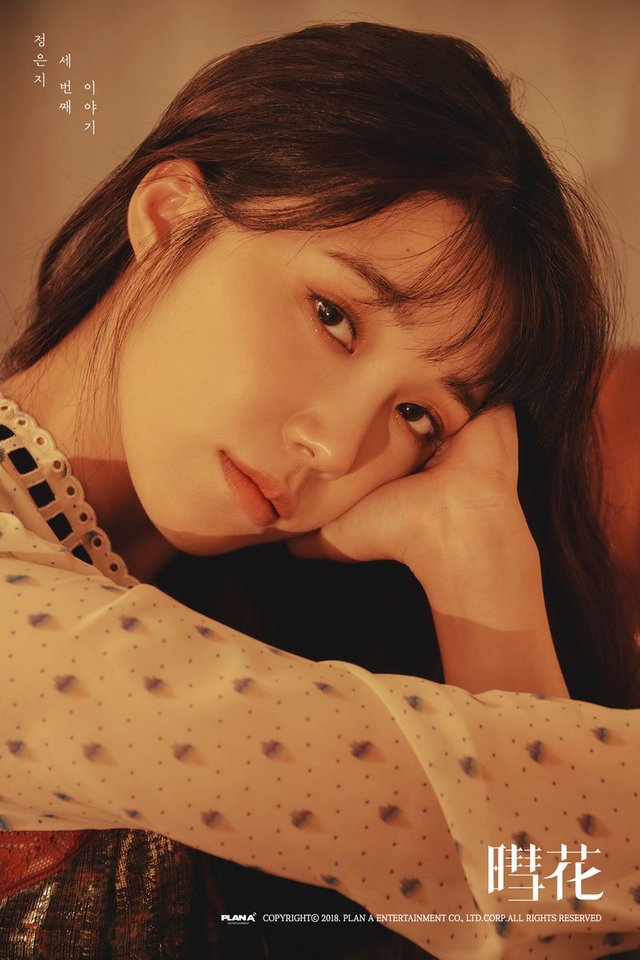 So, in this image teaser, it definitely gives off that Autumn vibe where she looks deeply at the camera. She has such a loveable expression on where fans can’t help but really admire her beauty. She definitely knows the best angle that makes her look great with an outfit that brings out her beauty. She is just getting fans super excited for her return.

She has revealed the track preview for ‘How About This?‘. Even though she isn’t present in the video itself, her voice just shines through the video. This kind of vibe works best with her voice and fans can’t help but truly enjoy every moment of it. It ended too quickly, leaving fans more excited than ever for its full release.

Meanwhile, Eunji will drop this album on October 17th. What do you think of this track? Let us know in the comments below!

Scroll for more
Tap
April reveals the comeback schedule for ‘The Ruby’
VAV are close with one another in latest ‘Señorita’ teasers
Scroll
Loading Comments...