April presents you with ‘The Ruby’ for coming soon teaser!

April presents you with ‘The Ruby’ for coming soon teaser!

Yes, that is right! April will be making their return in October. In particular, they have begun getting fans excited with a coming soon teaser. So, check it out below! 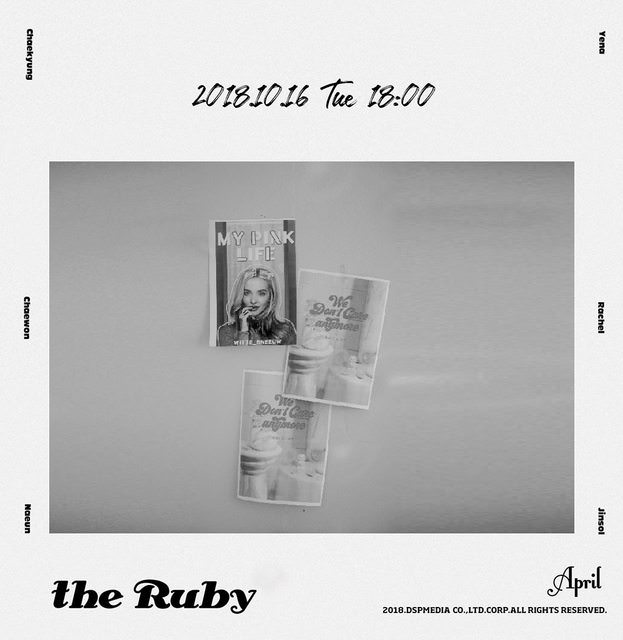 With their previous comeback, it was ‘The Blue‘; now it is ‘The Ruby‘. It looks like they are going for another distinct theme colour. It is nice to see them embrace all kinds of colours for their comebacks. In this image teaser, it is actually in black and white while featuring some many unique posters. Something about the way it was taken gives it that touch of vintage which may give us a hint on what kind of concept they will return with!

Meanwhile, April is set to make their hot return with their sixth mini album, ‘The Ruby‘ on October 16th. Are you excited? Let us know in the comments below!