After releasing individual concept photos over the last week or so, ATEEZ have finally come together once again to release a trailer and title posters for their upcoming debut. The trailer is titled ‘Intro: Long Journey‘.

The group will make their debut on October 24th. Their debut album will be called ‘Treasure Ep.1: All to Zero‘. Following their comeback schedule, they will soon release individual members’ concept photos in the coming week. A concept photo was already released yesterday. They were formerly known as KQ Fellas, as they are under KQ Entertainment.

The trailer shows multiple versions of the flag that we saw each of the members carrying in their teaser videos. It is in black-and-white. The group have assembled together amongst a spacious field of rocks and boulders. The narration is in English, and it talks about how people have been desiring this ‘Treasure‘. Shots and clips from each member’s individual teaser videos are displayed in this trailer. Towards the middle, the instrumental music in the background becomes more suspenseful and mysterious. The teaser ends with the group asking “will you join us?”. There is no doubt that this trailer will only leave fans anticipating their debut even more. 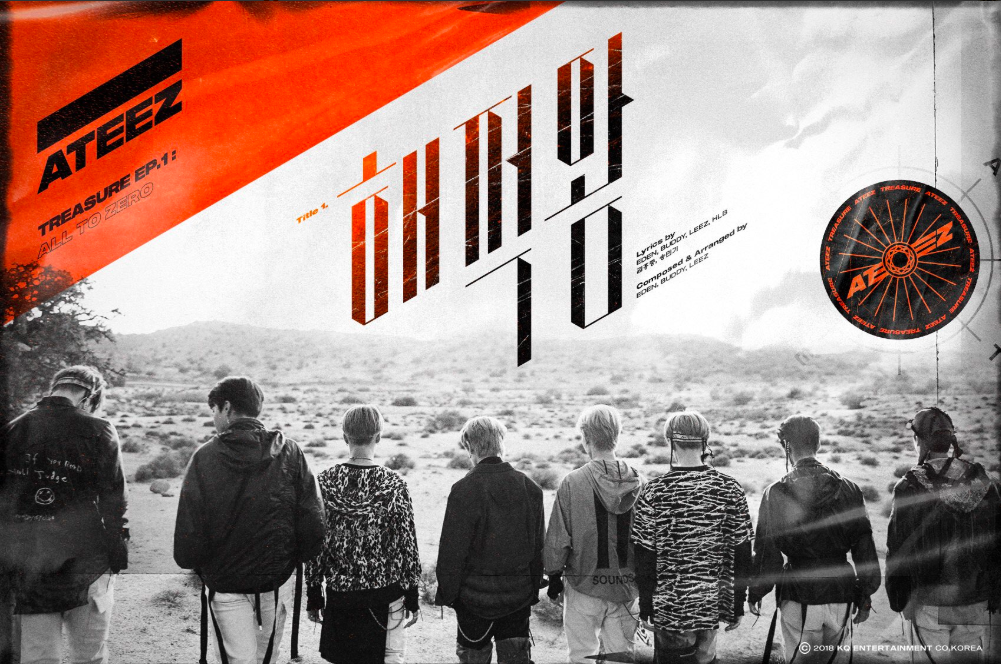 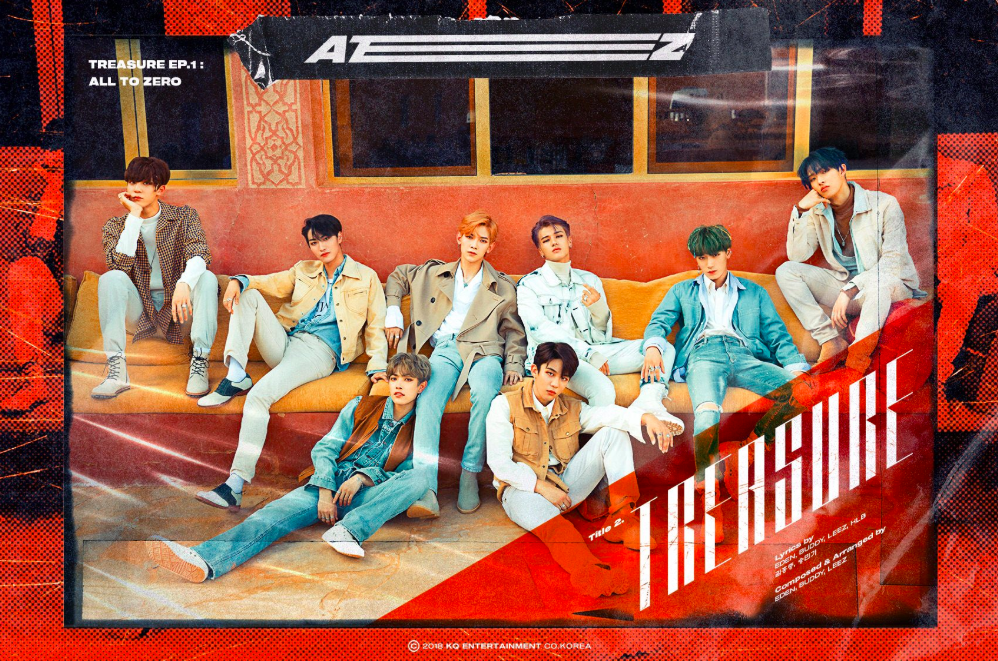 The title posters show the members looking sharp and fierce. The first poster is a black-and-white shot of a back view of the group. A mix of orange and red is eye-catching, and it is the colour of the text stating the details of their debut. In the second title poster, the members are wearing the same outfits that we saw in their individual teaser videos. They are matching in brown and denim clothes.

What do you think of ATEEZ‘s new teasers? Let us know in the comments below!