Babylon drops the tracklist for ‘CAELO’

Babylon drops the tracklist for ‘CAELO’

As promised, Babylon has revealed the tracklist and image teasers for ‘CAELO‘. So, check it out below! 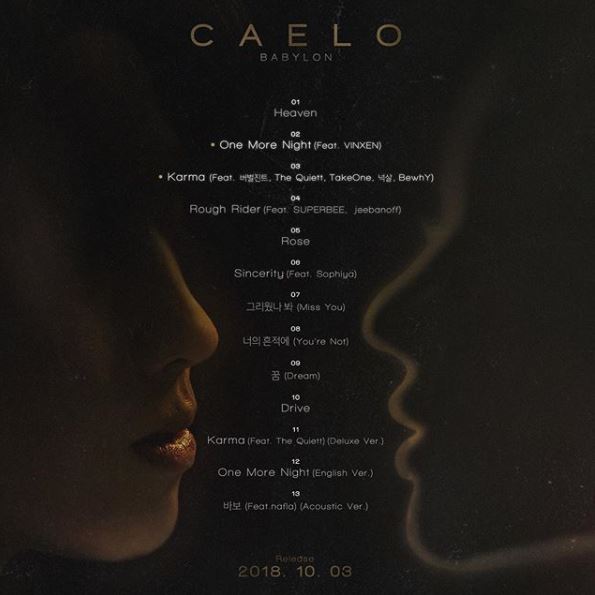 As many knows, this will be his first full album. So, he has prepared quite a list of tracks that will be part of this album. The tracks that will be part of this album includes the double title track, ‘One More Night‘ featuring VINXEN and its English version, and ‘Karma‘ featuring Verbal Jint, The Quiett, TakeOne, Nucksal and BeWhy and its deluxe version, ‘Rough‘ featuring SUPERBEE and Jeebanoff, ‘Rose‘, ‘Sincerity‘ featuring sophiya, ‘Miss You‘, ‘You’re Not‘, ‘Dream‘, ‘Drive‘ and the acoustic version of ‘Babo‘ featuring Nafla. 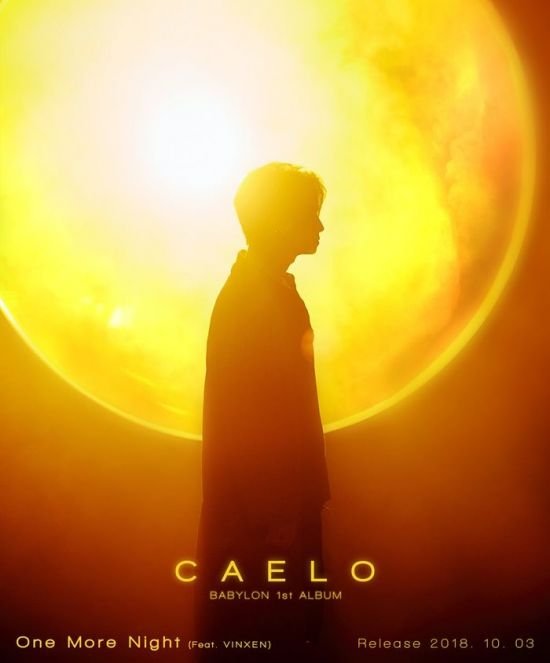 He has revealed the first image teaser. It has this golden look for it like he is posing right where the sun is shining. Thus, since it is so bright, we could only see his silhouette which is coated with the yellow and orange colour. It makes the whole image look quite majestic. Furthermore, it is teasing for one of his title track, ‘One More Time‘. 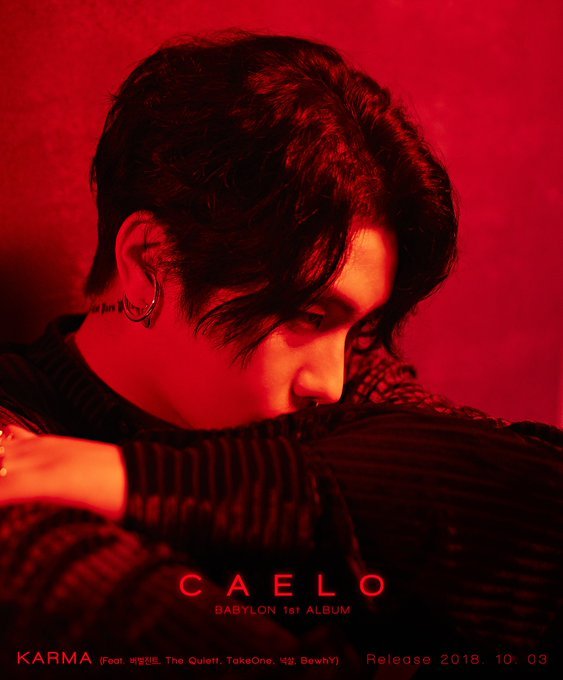 The other image teases for his other title track, ‘Karma‘. It definitely has a different vibe to his previous image teaser. It is much darker in colour where it surely captures your attention. Either look works well with him!

Meanwhile, Babylon is set to make his hot return on October 3rd. Are you ready? Let us know in the comments below!