On April 18th, Bae Jinyoung released his first image teaser for his upcoming first single album. The title track ‘Hard to Say Goodbye‘ will be released on April 26th. Check it out below! 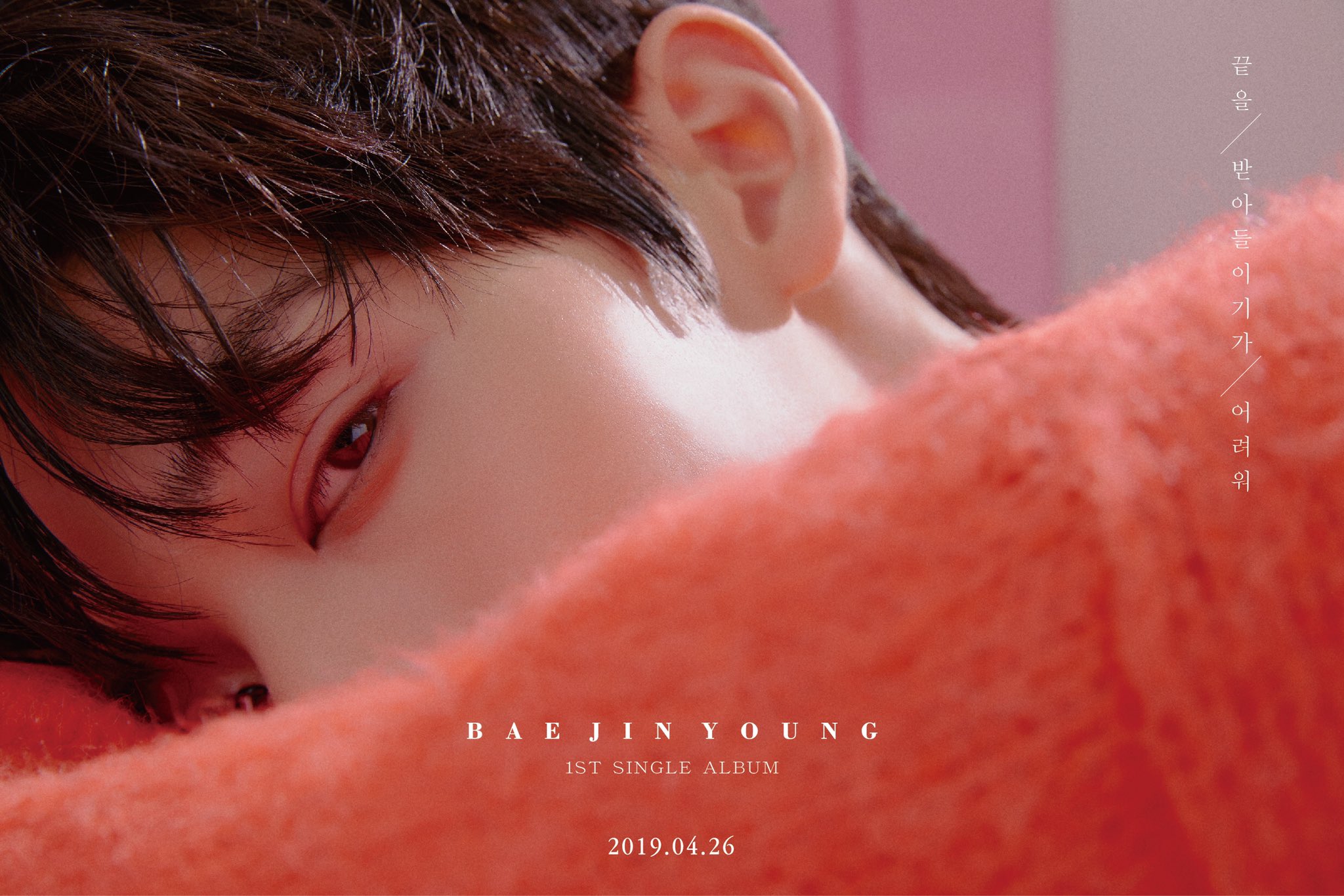 In the image teaser, only Jinyoung‘s eyes are visible as the rest of his face is covered. Even though we can hardly see his facial expression, his piercing gaze is enough to lure fans in and make them anticipate his debut.

Jinyoung has also been announced as the first member of C9BOYZ, which is C9 Entertainment‘s upcoming boy group. Alongside him are his fellow members BX, Yonghee, Hyunsuk, and Seunghun.You might recognise BX and Seunghun as they were previously trainees under YG Entertainment! However, they failed to make the final lineup of Treasure 13 after appearing on ‘YG Treasure Box‘. Fans are delighted to see that they will finally debut soon with C9BOYZ.

Bae Jinyoung is the fourth Wanna One member to make an official solo debut. Jisung, Sungwoon and Jihoon have already made their solo debuts. Recently, Minhyun also released a solo song as a pre-release track for NU’EST‘s upcoming full group comeback. Jaehwan and Seongwu are likely to debut soon as they are also holding fan meetings. Seongwu and Jihoon have also been cast in dramas. Meanwhile, Guanlin debuted in a unit with Pentagon‘s Wooseok and appeared in a Chinese drama. Fans are excited to see the rest of Wanna One members’ solo activities.

What do you think about Jinyoung‘s second image teaser? Let us know in the comments below.

Scroll for more
Tap
Kim Dong Han teases next comeback with his third mini album ‘D-HOURS AM 7:03’
NU’EST look ethereal in second set of official photos for ‘Happily Ever After’
Scroll