Yes, that is right! We finally get some news of Banana Culture‘s upcoming boy group, TREI. Initially, the group was actually a Hip-hop duo where they had made their appearance on JTBC‘s ‘Mix Nine‘. Now, it looks like they have added a third member and will be debuting officially as a boy group! So, check out the first image teaser below! 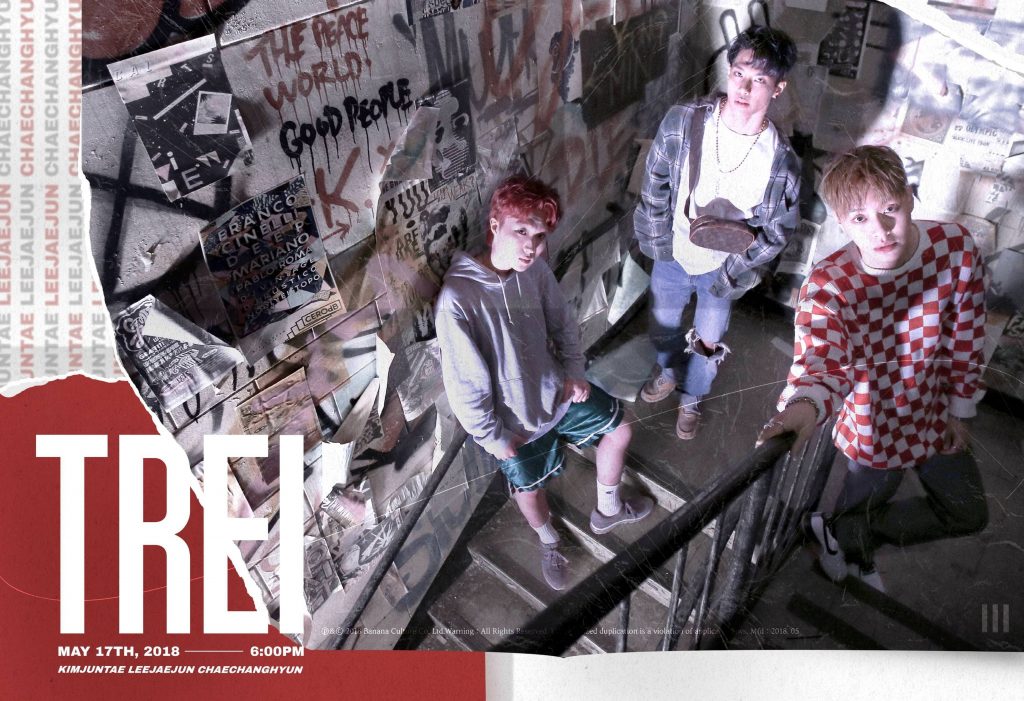 The group consists of three members including Kim Juntae, former C-Clown‘s Maru, now known as Lee Jaejun and Chae Changhyun. In this image teaser, they pose nicely against some graffiti wall with many posters hanging around it. They also are wearing quite casual yet stunning outfits that work nicely for each individual. From this teaser, it appears that they may be going for a hard-hitting track, giving fans something to look forward to.

Meanwhile, TREI will make their hot debut on May 17th. Are you ready? Let us know in the comments below!

Scroll for more
Tap
Girls’ Generation’s Yoona continues to embrace the beautiful nature in new ‘To You’ teasers
Wanna One continues to adopt the dark concept for ‘UNDIVIDED’ teasers
Scroll
Loading Comments...