BIG STAR‘s Raehwan continues to tease fans for his upcoming first mixtape. As previously mentioned, he will be promoting under the name Larry. His mixtape is called ‘20/25; start to prefer deep ocean blue, cuz sometimes i feel so blue‘. So, check out the teasers below! 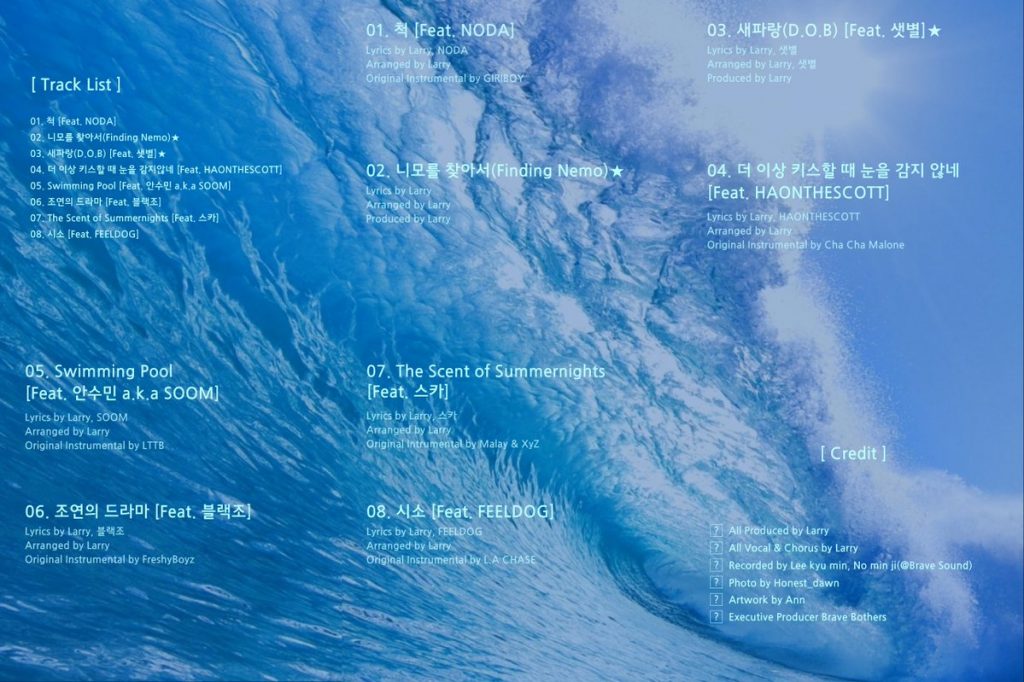 This mixtape will have a total of eight tracks with two title tracks ‘Finding Nemo‘ and ‘D.O.B‘. There are other tracks including ‘The Scent Of Summer Nights‘, ‘Swimming Pool‘, ‘Chuck‘ featuring NODA, ‘Drama‘ and ‘Seesaw‘ featuring member FeelDog! It looks like Raehwan has a lot in store for the fans and fans are definitely excited to see how these tracks will sound like.

All the tracks are produced and sung by Larry. On top of that, it was recorded by Lee Kyu Min and No Min Ji, with the photos and artwork done by Honest_dawn and Ann respectively. There is many people working behind Larry to make this happy! It definitely is an exciting time for the fans.

Meanwhile, Raehwan has dropped the mixtape preview. This will allow fans a sneak peek into what each track will sound like. Many of the tracks have quite an R&B feel that allows Raehwan to effectively show off just how people his voice is. On top of that, some songs have such an amazing beat that really hooks you from the beginning. It surely hypes fans up for his upcoming mixtape!

Overall, most of his tracks are very soothing to listen to that allows fans to admire just how beautiful his voice can be. The tracks are definitely perfectly for the summer and fits nicely into the blue ocean that has been teased throughout his image teaser.

Meanwhile, Raehwan will drop his mixtape on July 31st! So, are you excited for it? What track has caught your attention? Let us know in the comments below!