BLACKPINK has dropped the image teaser poster for member Jennie! 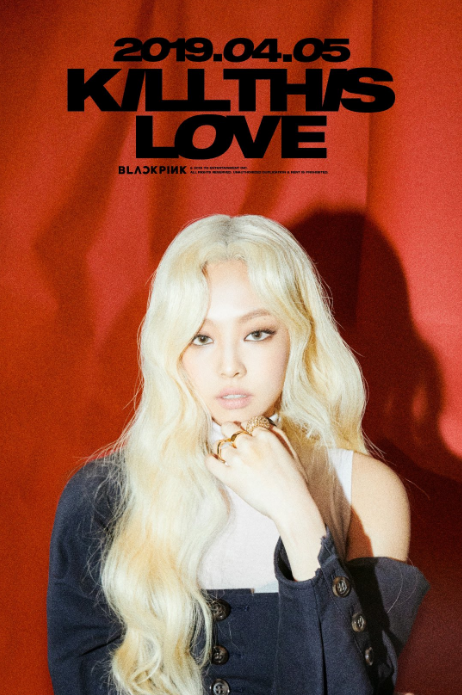 BLACKPINK’s image teaser poster was released earlier today, and if we thought Lisa’s teaser drop yesterday was shocking, we all had another thing coming. For their upcoming comeback album ‘Kill This Love’, Jennie – who is known as the member who dyes her hair the least – has gone platinum blonde! The change in Jennie’s hair has been warmly welcomed by their fans, BLINKs. 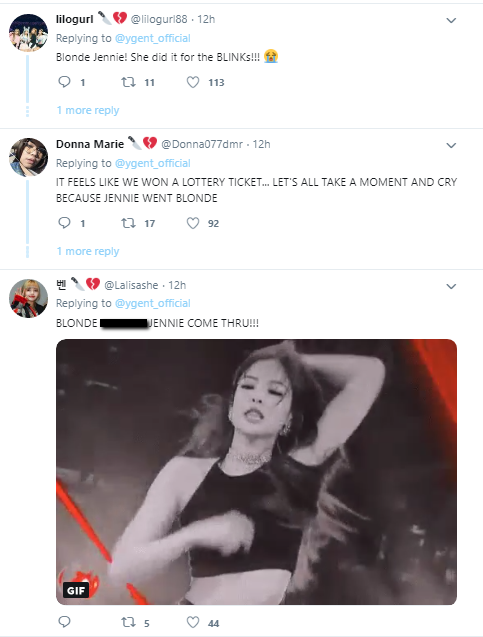 In the teaser, Jennie is dressed in a white high-neck singlet with a black buttoned dress. She looks confidently at the camera with the bold eye make-up, making her eyes look all the more more striking. Jennie’s look is rounded off with gold rings on her hand, which she holds up to her face, in an almost contemplating manner.

BLACKPINK’s much anticipated comeback album ‘Kill This Love’ is set to drop on the 5th of April.

What do you think of Jennie’s new hair? Are you excited for the Rose’s and Jisoo’s teasers to come through? Let us know in the comments below!

Scroll for more
Tap
KARD are fabulous in MV teasers for ‘Bomb Bomb’!
BLACKPINK’s Jisoo is stunning in teaser poster for ‘Kill This Love’!
Scroll