BONUSBaby will be having a comeback soon! They have revealed a teaser for their upcoming second digital single! Check it out below! 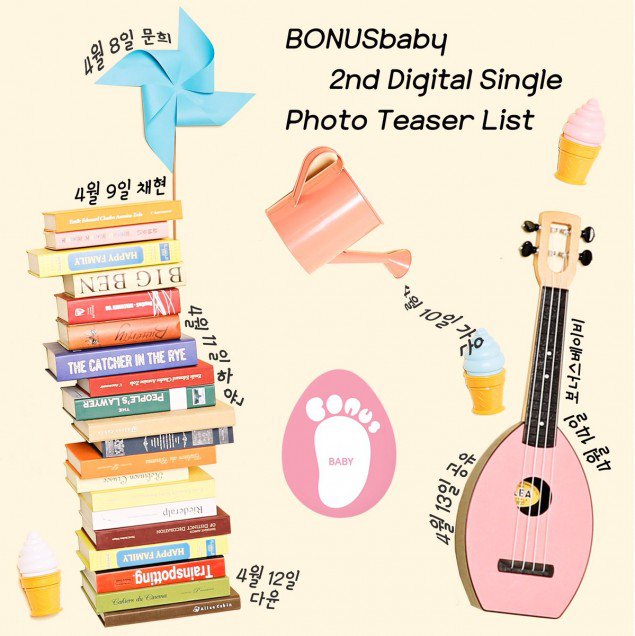 Lastly, it states that the girls will be dropped the group teaser on 14th of April! No other information have been revealed in this image. However, this photo teaser shows a range of everyday objects. It may be a hint about their concept for this comeback! What kind of concept do you think the girls will do?

Meanwhile, BONUSBaby made their debut with ‘Urikiki‘ early this year. So, stay tuned for more updates on the girl’s comeback! Are you excited for their return? Let us know in the comments below!

Officially Kmusic will keep you updated on Korean news, so stay tuned!