The Boyz continue to drop teasers for debut. 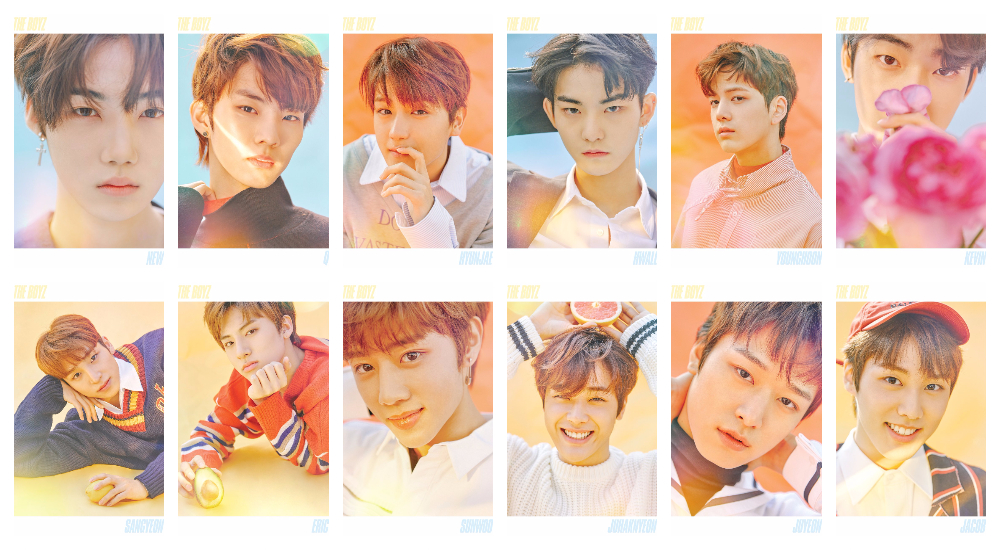 The Boyz continue to look amazing in all their individual image teasers. They show off their cute charms and poses. They show off the beautiful Summer vibe that allows them to look incredibly handsome. On top of that, the effects used and the background of their image helps enhance their beauty even further! It definitely hypes up their debut! 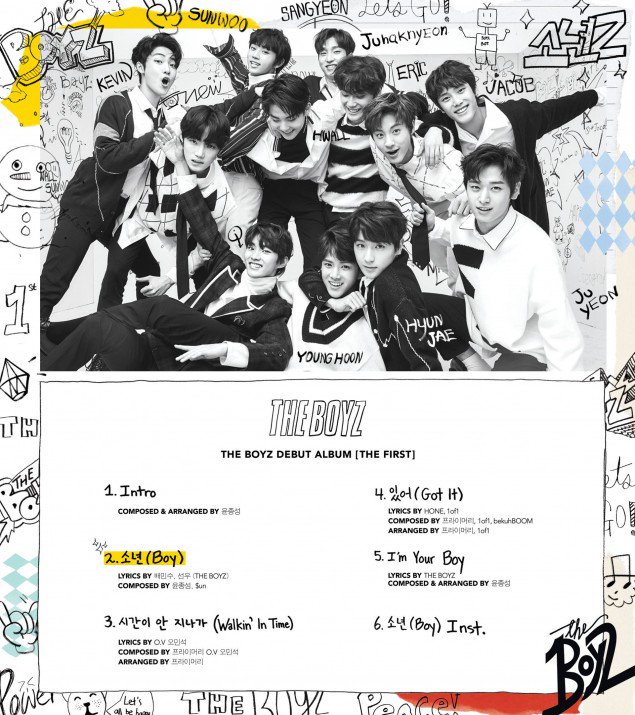 The Boyz have also revealed the tracklist for their ‘The First‘ album. There is a total of six tracks including the title track and its instrumental version, ‘Boy‘, ‘Intro‘, ‘Walkin’ In Time‘, ‘Got It‘ and ‘I’m Your Boy‘. Their title track is composed by Yoon Jong Sung and $un with member Sunwoo participating in the lyrics.

They have also dropped the album preview. There is a total of two versions: a Fresh and Live version. There is also two different types of CD and two set of Post Card and Photo Card. There is also a name sticker that will come with this album. Also, there will be a few special benefits: a poster and a random polaroid.

On top of that, they have revealed the highlight medley for this upcoming album. It previews all the tracks in this album. So, check it out!

Meanwhile, The Boyz will make their hot debut on December 6th! Are you excited? Let us know in the comments below!