Brand New Music‘s MXM begins to tease for their official debut! The boys will be debuting with their first mini album, ‘UNMIX‘. The boys have dropped the debut schedule and has a lot in store for the fans! So, check it out below! 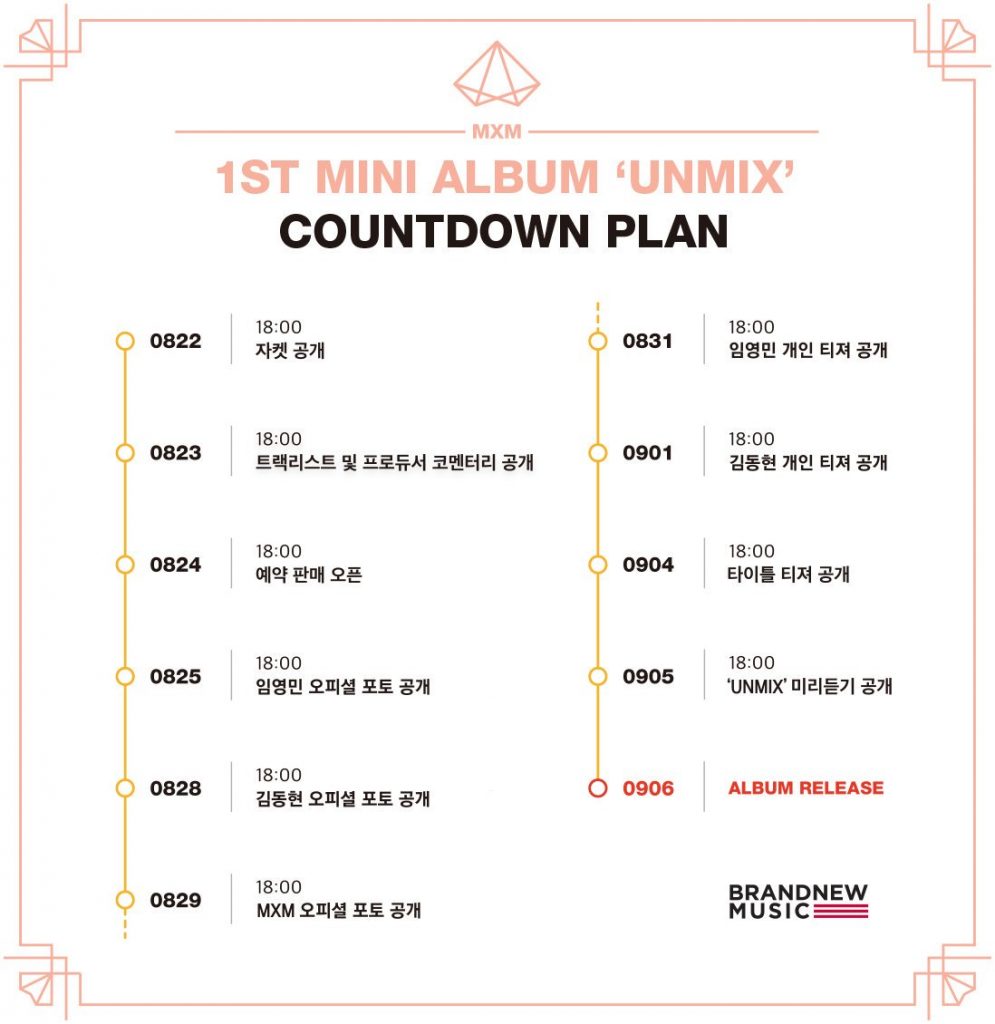 There will be a teaser for almost every day leading up to their debut date. The boys will begin with their jacket image on August 22nd and the tracklist on August 23rd. This will be followed by pre-orders on August 24th. August 25th will mark Im Young Min‘s photo teaser and August 28th will be Kim Dong Hyun‘s image teaser. The group image will be revealed on August 29th!

MXM will continue with more individual teasers with Young Min on August 31st and Dong Hyun on September 1st. The MV teaser and album preview will be the last teasers on September 4th and 5th respectively! Are you excited for what’s to come in the next few weeks? Let us know in the comments below!

MXM will make their official debut on September 6th with ‘UNMIX‘. Are you excited for their debut?