THIS IS WHAT YOU’VE BEEN WAITING FOR, ARMYS! 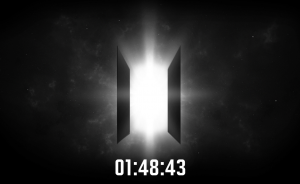 Earlier, a mysterious countdown appeared on the BTS official website, sending ARMYs into a meltdown over what the news could be! Now it has been revealed as a comeback trailer for ‘Serendipity.‘

The 2 minute and 30 second clip is Jimin-centric, as he rocks blonde hair and shows off his amazing vocal range. The concept is very interesting, with a planet-theme that includes visions of Earth, galaxies and the sky, an eclipse and the moon. There’s more, so check it out below!

BTS’s next comeback, ‘Love Yourself’ has been confirmed for September 18, with a drama concept and album!

What do you think of the sound so far? Are you happy to see Jimin take the stage?

Follow Officially Kmusic to stay up to date with the latest K-pop news!