BTS prepare to reveal their true selves with the release of ‘LOVE YOURSELF: 結 Answer’ tonight

BTS prepare to reveal their true selves with the release of ‘LOVE YOURSELF: 結 Answer’ tonight

With just a few fleeting hours left until BTS‘ comeback, we’re predicting that ‘IDOL‘ will cement their place as one of the biggest artists on the world stage in 2018.

According to a source from Big Hit Entertainment, “It’s the song that best expresses this album’s concept. It conveys BTS’ message to the world as their true selves”. With nearly 16 million views at the time that this article was written, it’s clear that that fans and critics alike are waiting curiously (and impatiently), to see just what the message will be.

For this writer, the flickering tiger imagery and the shifting, shimmering movement of the painted background is peculiarly reminiscent of the animation style of Chinese visual artist Sun Xun. His current exhibition, on display at Museum of Contemporary Art in Sydney, as described by the gallery: “Containing very little dialogue, these hand-made films use combinations of image, sound and text to raise questions about what we perceive as truth and explore the slippery dynamics of memory, history, culture and politics”. How interesting that this concept and BTS‘ time-travelling ‘HYYH‘ and ‘LOVE YOURSELF‘ storyline share a new parallel, with ‘IDOL‘ now part of the picture. 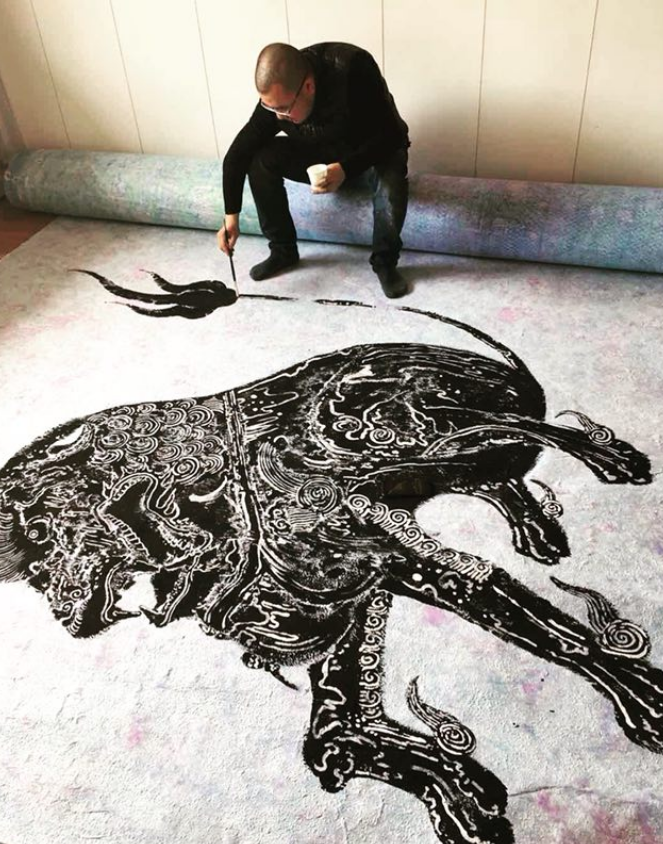 Although Sun Xun is not specifically a Korean artist, the mere fact that BTS‘ work resonates so strongly with an entirely different medium, created by an artist from another country, implies worlds about their international relevance, as well as the new height of their own art form. Is there a South Korean artist that you’re reminded of while watching the teaser? Comment below and let us know!

The full music video, from the album ‘LOVE YOURSELF: 結 Answer‘, will be released at 6pm KST tonight.

A breakdown of today’s ‘LOVE YOURSELF 結 ‘Answer’ track descriptions

To save you scrolling through Twitter, we’ve summarised the track descriptions for ‘LOVE YOURSELF: 結 Answer‘ that were released by K-media this morning, just for you (translation credit to the ARMY translator accounts listed under Sources).

Besides the three RIAA gold certified tracks we already know about, there are a total of 25 songs across the two disc release, and of these, 12 are technically new to a physical release (full list can be found in this article).

‘I’m Fine‘: Venturing into the world of drum and bass, this track apparently reverses the meaning of lyrics taken from ‘Save Me‘ with “unique production where fans who have followed BTS‘ narrative will be greatly moved”

‘Trivia 起: Just Dance‘: A solo track from J-Hope, “describes the fresh feelings of start of love and compares it to dance”

‘Trivia 轉: Seesaw‘: A solo track from Suga, where “rap and vocal charms can be felt”

‘Answer: Love Myself‘: Developed from the track used in the background of the Love Myself campaign video below

And, in case you somehow missed it, here’s the latest episode of BANGTANTV, with a sneak peak of the full concept of all versions of the album photobooks! Thank you in advance to the K-ARMY who will be excitedly uploading scans for I-ARMY over the next two days – we can’t wait to see how the final photos turned out!

Keep following Officially Kmusic, as we help you keep up with everything BTS!

Scroll for more
Tap
Oh My Girl prepares for return with ‘Remember Me’ comeback schedule
GWSN reveals the tracklist for ‘The Park In The Night’
Scroll
Loading Comments...