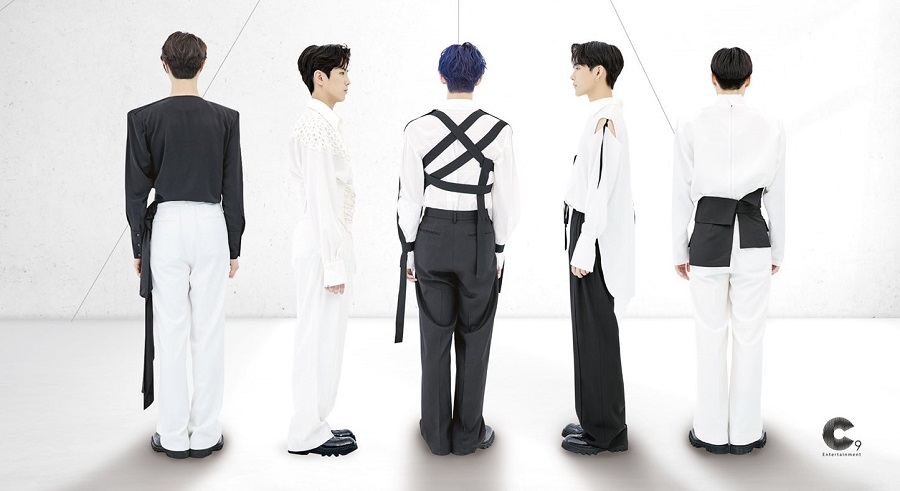 On June 1st, CIX released the comeback scheduler for their 3rd mini album return, ‘Hello Chapter 3: Hello, Strange Time’. Check it out below!

In the scheduler, fans will be receiving a ton of teasers before the group’s impending comeback. These include an initial group concept photo and album track list, followed by individual concept photos from each member and an MV teaser. After that, there will be a series of concept videos which have been labelled ‘火’，‘水’，‘沙’，‘冰’ and ‘木’. These represent the Chinese characters for ‘fire’, ‘water’, ‘sand’, ‘ice’ and ‘wood’, bringing intrigue towards the group’s concept for this comeback. Following all those concept videos, there will be an album preview and second MV teaser, before the eventual release of the album and MV for the title track.

Below the scheduler, we see the members in clean black and white outfits, looking chic, thus matching the theme of the style of the scheduler.

This comeback will complete the ‘Hello’ album trilogy the group has had since their debut, hence will mark their comeback in approximately 7 months since their November 2019 release, ‘Hello Chapter 2: Strange Place’, featuring its title track, ‘Numb’.

How do you feel about the comeback scheduler? Let us know in the comments below!