Wanna One has posted a image teaser to start the countdown until their upcoming comeback. Their comeback will be happening in seven days, with the release of their special album ‘1÷x=1 (UNDIVIDED)‘ and the MV for their title track ‘켜줘(Light)‘ on June 4th at 6pm KST. The group will also be having a world tour starting early next month until September. They will be performing in 14 countries.

Check out the image teaser for Wanna One’s comeback! 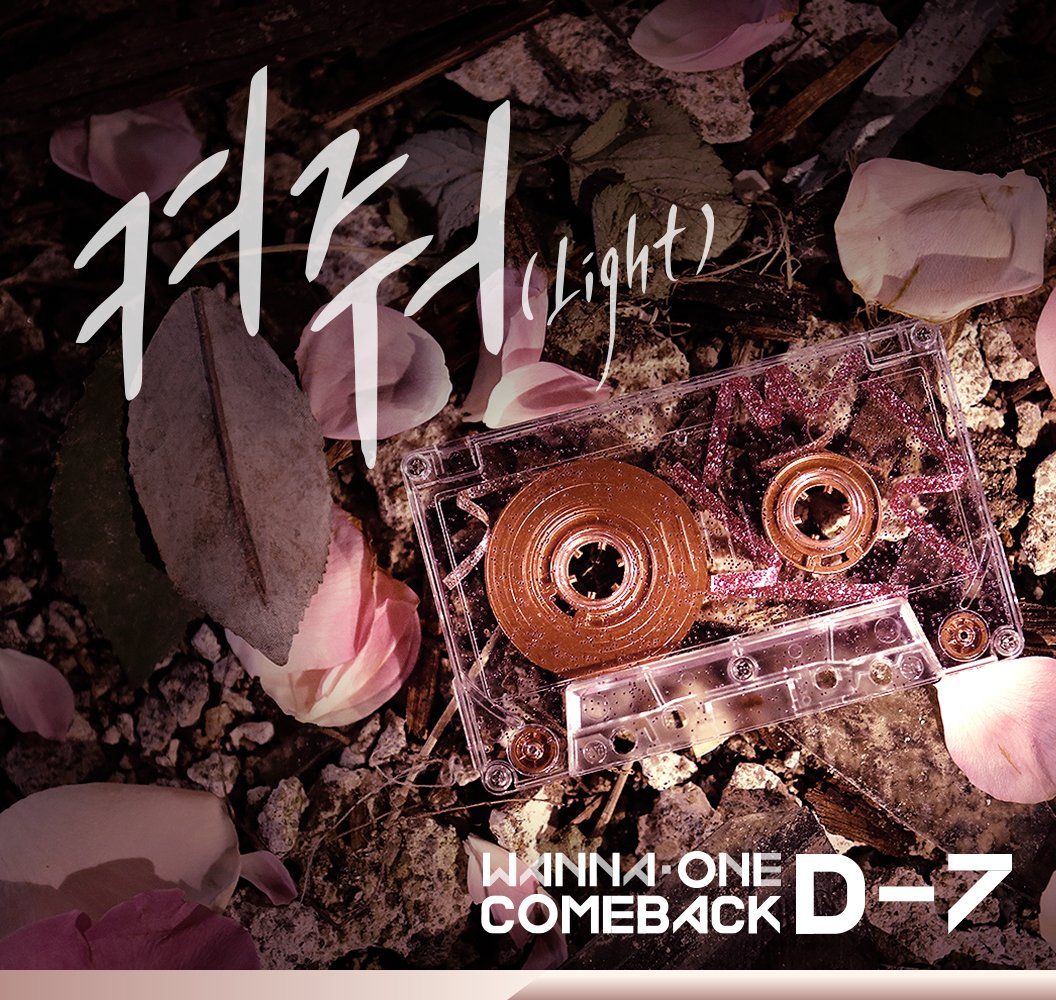 This image teaser features a cassette tape and fallen leaves. This may be hinting at the theme of the comeback. The group has been teasing fans excessively since the announcement of their summer comeback. They have uploaded image teasers for each individual member and creative motion teasers that have already been displayed in billboards around Seoul.

How excited are you for Wanna One‘s comeback next week? Let us know in the comments below!