D-Crunch prepares fans for their debut with a schedule!

D-Crunch prepares fans for their debut with a schedule!

D-Crunch, also known as Diamond Crunch, is making their debut quite soon! To get fans excited, they have revealed their debut schedule. So, check it out below! 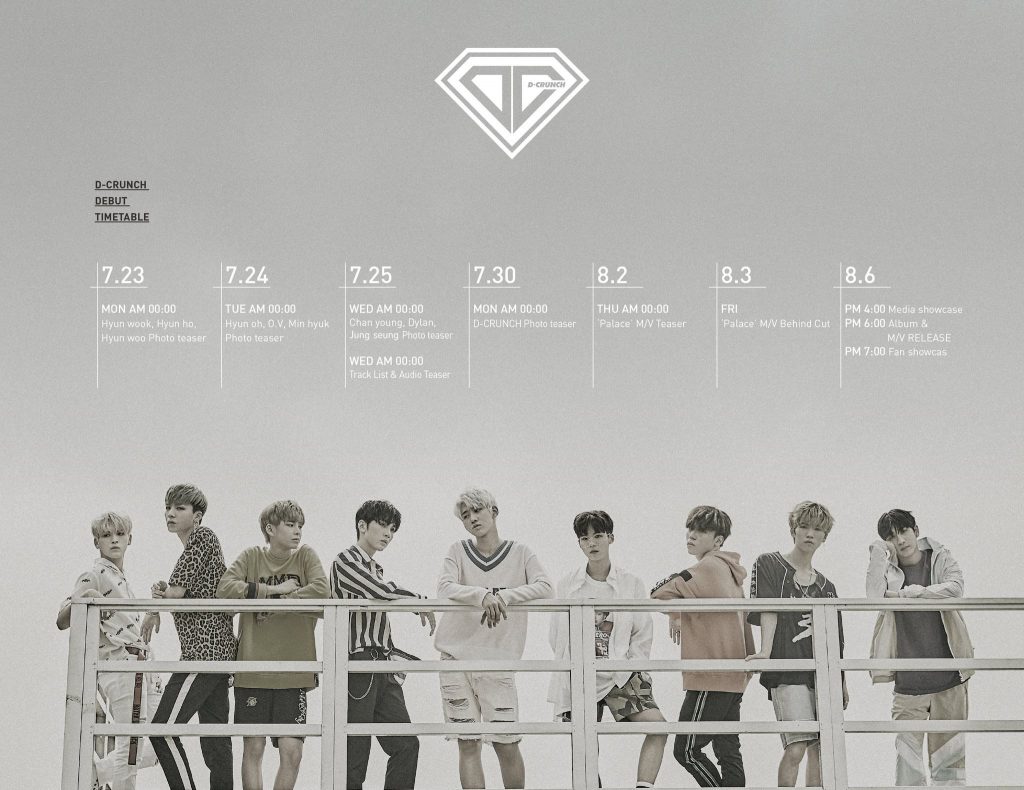 They will begin their teasers with their individual teasers from July 23rd to July 25th. On July 25th, they will also reveal the tracklist and the audio teaser. On top of that, they will reveal their group teaser and the MV teaser on July 30th and August 2nd respectively. Finally, they will end all teasers with their M/V behind cut which is dropped on August 3rd. It is said that their title track is called ‘Palace‘ where it will be part of their debut single album.

Meanwhile, they will make their hot debut on August 6th with their media showcase and fan showcase on the same day. Are you excited? Let us know in the comments below!