Epik High drops a special comeback schedule, so check it out!

Epik High drops a special comeback schedule, so check it out!

Recently, Tablo has revealed that Epik High is preparing for a comeback! Now he has taken to his twitter to drop a personalized comeback schedule! So, check it out below! 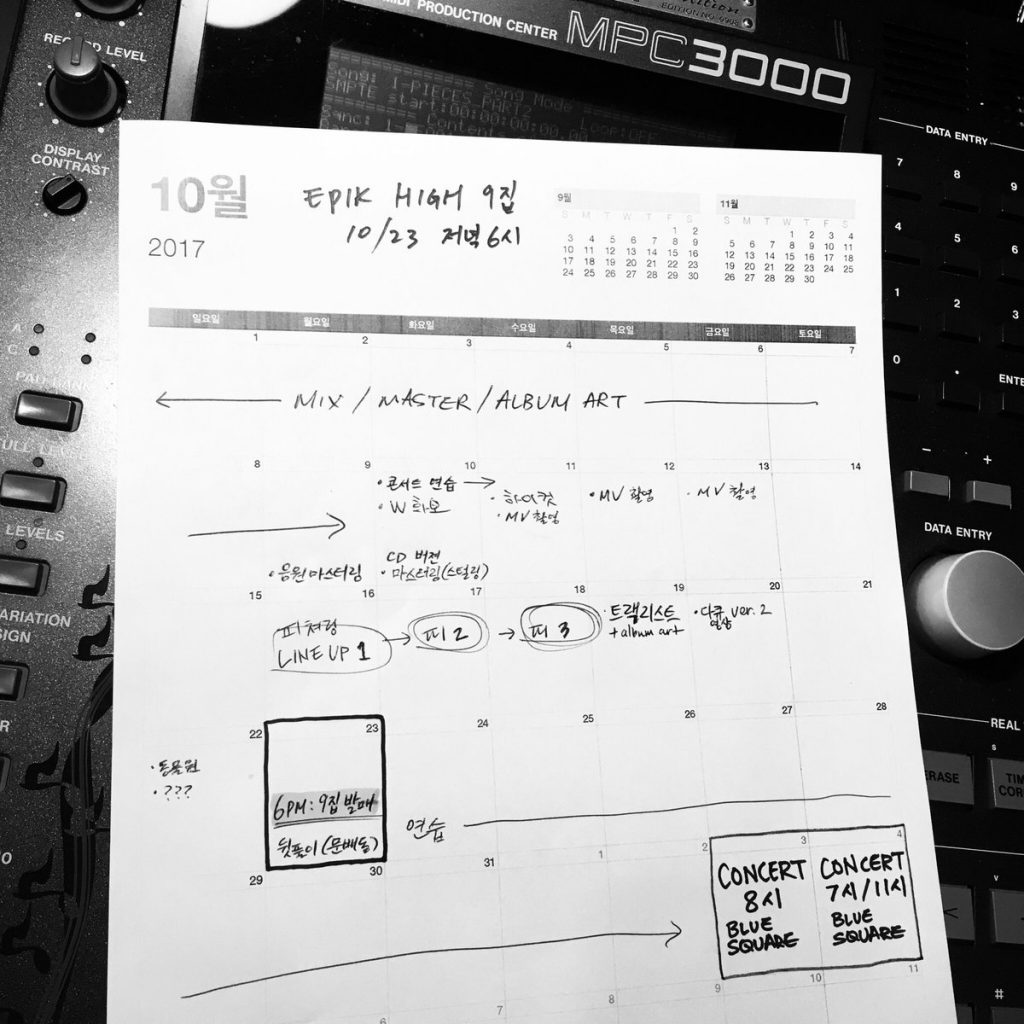 On this schedule, it has been marked on the calendar himself. This will mark their ninth album. On the top of the calendar, from October 1st to October 9th, it was marked as ‘Mix, Master, Album Art‘.  The group also has a schedule for a photo shoot with ‘W‘, as well as a concert practice on October 10th.

On October 11th, they also have a photo shoot with ‘High Cut‘, and will be filming their music video until October 13th. October 16th to October 18th will be the days that Epik High will be revealing their featuring lineups. Their tracklist and album art will be released on October 19th. While, on October 20th, a documentary clip version 2 will be released.

October 22nd says “Zoo“, followed by a few question marks. It surely has left fans curious as to what the group is up to! This leads to their release date that has everyone excited for! So, Epik High will be returning with their ninth album, ‘We’ve Done Something Wonderful‘ on October 23rd, with an after-party in the neighborhood of Munbae on the same day.

Meanwhile, Epik High will still be quite busy after the release as they will continue to have concert practice until their comeback concerts in early November! Are you excited for their return? Let us know in the comments below!