On December 3rd, EXO revealed that they will be releasing their fifth repackaged album ‘Love Shot‘ on December 13th. The album will contain four new tracks, including a Korean and Chinese version of title track ‘Love Shot‘. The names of the other new tracks are ‘Trauma‘ and ‘Wait‘. In total, there will be 15 tracks on the album. 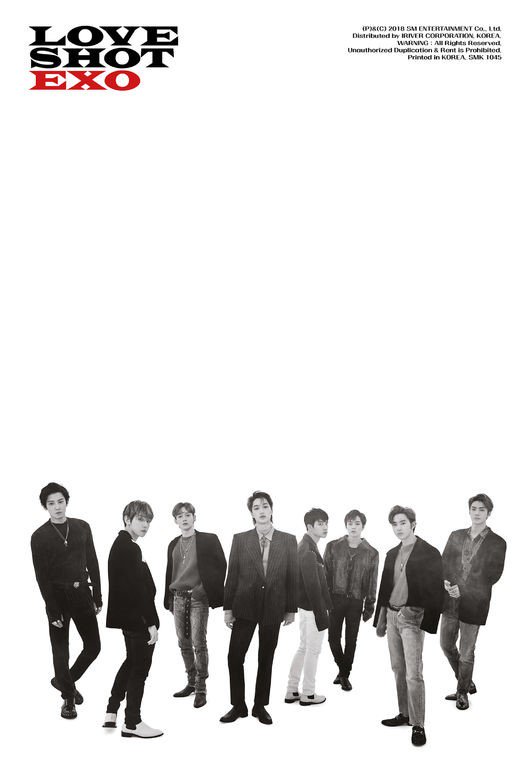 The image teaser shows a black and white shot of the members posing. They look smart and mature.

Meanwhile, the group also released the album packaging details for ‘Love Shot‘. Check it out below!

The album cover contains an image of the diamond that they adopted as their new logo the night before. The two version of this album are: ‘Love‘ and ‘Shot‘ versions. It contains a CD-R, booklet, poster, random photo card and poster.

EXO recently made their long-awaited comeback on November 2nd with their fifth studio album ‘Don’t Mess Up My Tempo‘ and title track ‘Tempo‘. Stay tuned for more updates on ‘Love Shot‘!

Are you excited for EXO‘s comeback? Let us know in the comments below.