fromis_9 are building the hype for their next mini album ‘To. Day’ with an adorable new MV teaser featuring members Lee Na Kyung and Lee Sae Rom!

The two share an adorable outdoor moment in the short video. It starts as Lee Na Kyung sits on the ground, defeated and hurt, with Band-Aids all over her. Next minute, Lee Sae Rom appears smiling, and offers her fellow member a helping hand. The two smile, looking back at the camera as they run into the distance together!

The teaser is adorable, and sure to be the first of many! The band has also released the track list for their second mini album, which you can check out below. There is set to be six tracks in total. 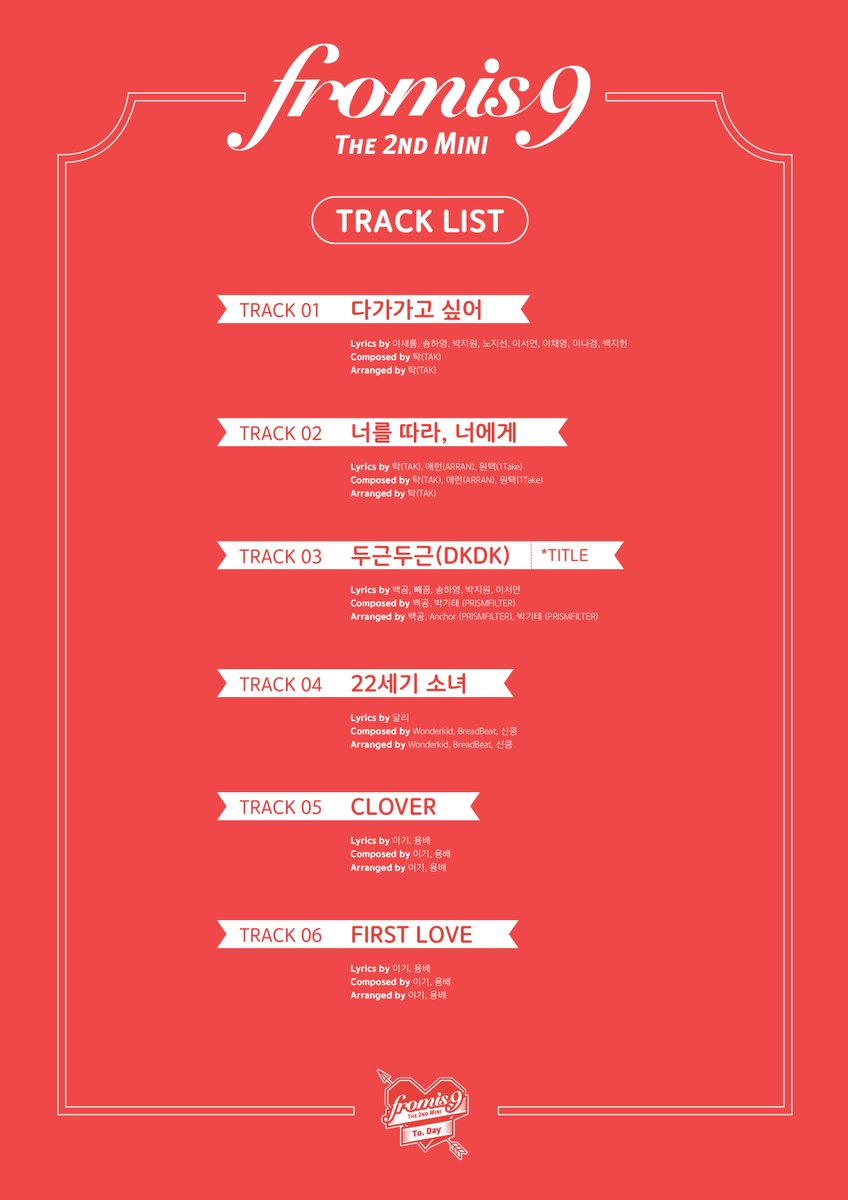 The track list teaser image also reveals some interesting facts. The title track will be called ‘DKDK’ and was written by members Song Ha Young, Park Ji Won and Lee Seo Yeon. All eight members participating in the current promotions for ‘To. Day’ also helped write track ‘I Want To Approach You.’

fromis_9’s comeback will drop on June 5. The comeback will feature eight members, while the ninth, Jang Gyu Ri competes on idol survival show ‘Produce 48’ which will air from June 15.

fromis_9 have already released a series of teaser images as they get ready to drop ‘To. Day’ – check them out here and here, and let us know which track you’re most excited to listen to!

Scroll for more
Tap
HYUKOH is dropping audio teasers in the lead up to ‘24: How to find true love and happiness’
PRISTIN V say come ‘Get It’ in new MV teaser
Scroll
Loading Comments...