GFRIEND is ready to make a summer return! They had recently dropped a comeback spoiler. Now, they have revealed more details. So, check out the comeback schedule below! 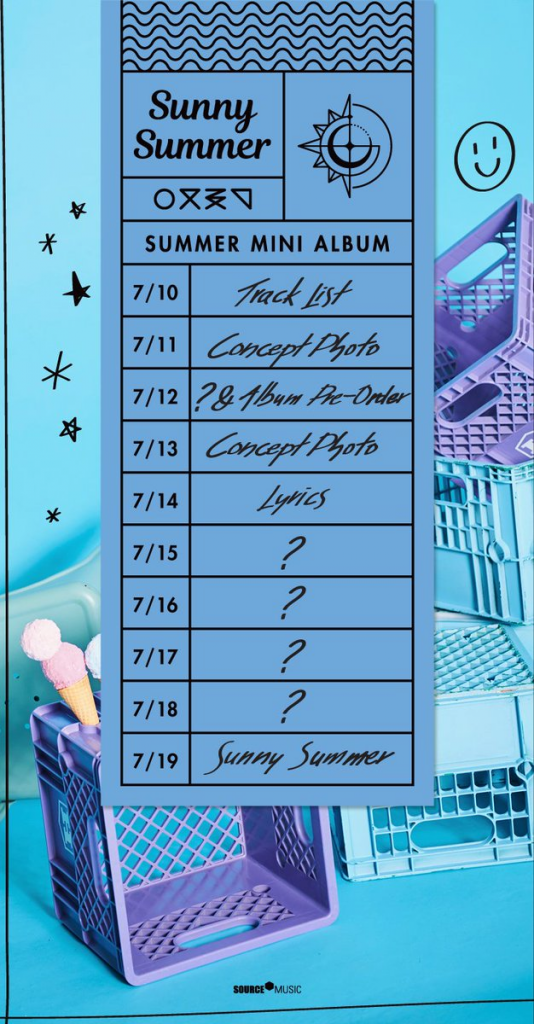 They will begin their teasers with a tracklist on July 10th. So far, there will be two sets of concept photos which will be released on July 11th and 13th. They will also drop the lyrics on July 14th. Other than that, every other day on that schedule is filled with a question mark. Because of that, it surely leaves fans more excited than ever to see what kind of teasers they will reveal! One thing for sure is that it will surely get fans more excited about their summery return.

The album can be pre-ordered on July 11th. You should also anticipate teasers from July 15th to the 18th. Meanwhile, GFRIEND will make their return with a summer mini album, ‘Sunny Summer‘ on July 19th. Are you ready? Let us know in the comments below!