C9 Entertainment‘s upcoming girl group, Good Day, has dropped their debut schedule! This will give fans a plan of what’s happening as the girls prepare for their upcoming debut. Good Day will be debuting with their first mini album, ‘All Day Good Day‘. So, check it out below! 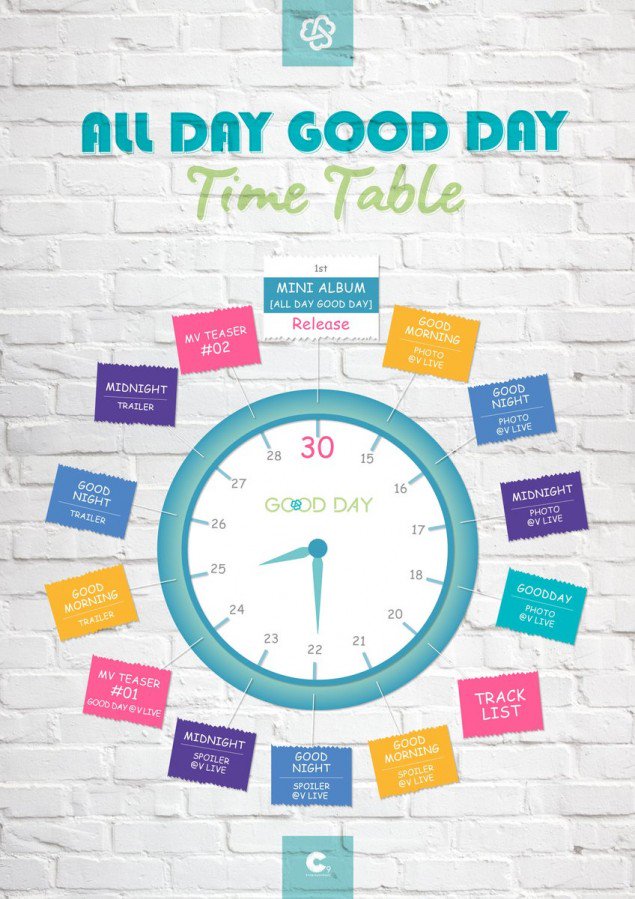 It is quite interesting how they have set up their schedule. It fits nicely into the clock, conveying the different things planned. From August 15th to the 18th, the girls will be dropping their photos at V Live broadcast. The tracklist will be revealed on August 20th, followed by three spoilers from August 21st to 23rd.

They will drop their first MV teaser on 24th, with three trailers following it from August 25th to 27th. They will end their teasers with the last MV teaser on August 28th! What are you looking forward to the most?

Good Day will make their debut on August 30th! Are you excited? Let us know in the comments below!