GOT7 drops the tracklist for their 3rd album, ‘Present: You’

GOT7 drops the tracklist for their 3rd album, ‘Present: You’

Just as Jackson have once said in one of GOT7‘s interview in USA, GOT7 are dropping the teasers spontaneously without a schedule. It definitely keeps fans on their toes. In particular, before the release of their tracklist, each member went on their respective individual Instagram page to tease for the title track, as well as their own solo track.

Then, on their official GOT7 Instagram page, they put the clues together. So, do you know what the title track is called? Well, check the hints down below, as well as the tracklist! 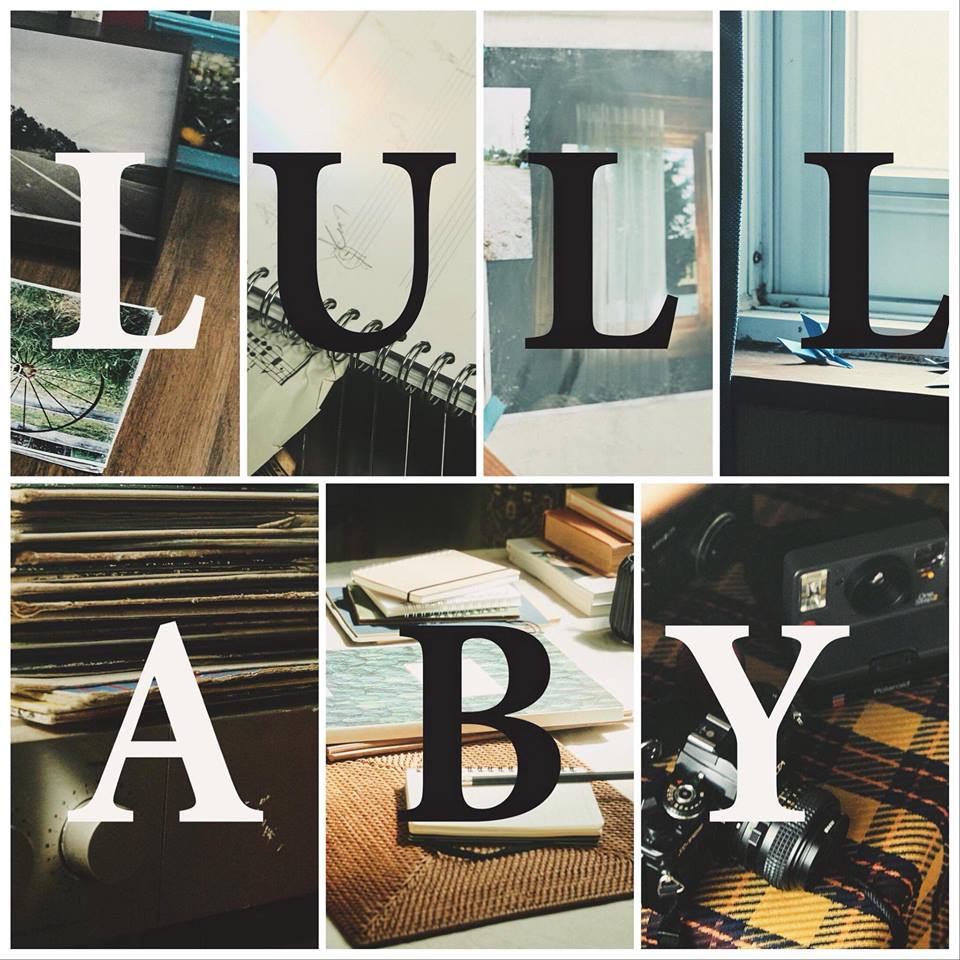 JB has the B which stands for “Because Of” and Mark is a Y which is “Yell Out“. It is still a mystery as to what each of these words mean but what we know is that the title track is ‘Lullaby‘! Isn’t that a special way to get fans interacting on all kinds of social media? 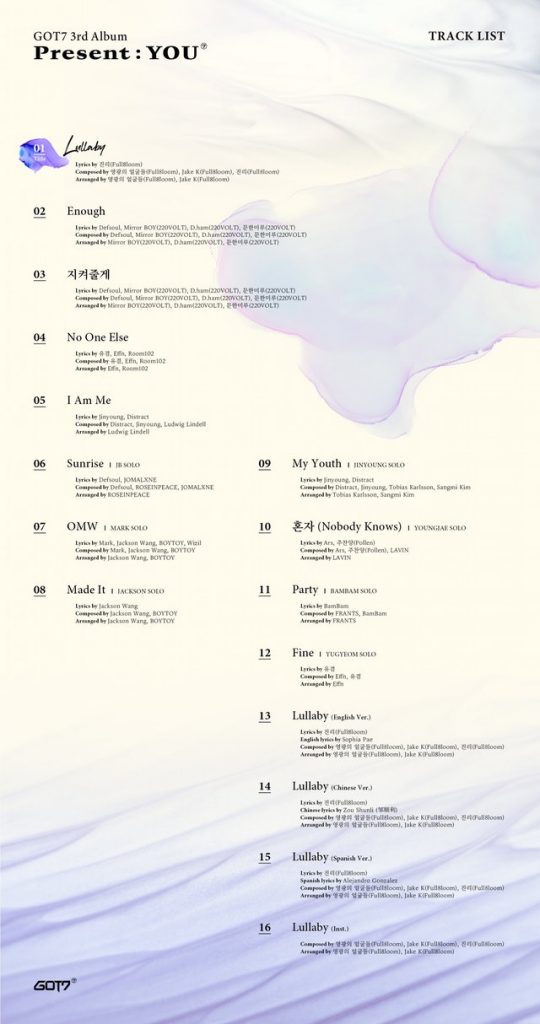 Meanwhile, GOT7 have revealed a tracklist is filled with songs. So, as many have predicted, each member will be getting their solo tracks presented in this album. There is a total of 16 tracks.

This includes five versions of the title track, ‘Lullaby‘: normal version, English version, Chinese version, Spanish version and the instrumental version. Fans are definitely shocked yet happy and excited at the same time to see how it will sound like in the different languages!

Fans are surely in for a ride with their upcoming return. They are set to return on Youngjae‘s birthday. Which track are you looking forward to hearing? Let us know in the comments below!