GOT7 release track list for ‘SPINNING TOP: BETWEEN SECURITY AND INSECURITY’

GOT7 release track list for ‘SPINNING TOP: BETWEEN SECURITY AND INSECURITY’

On May 13th, GOT7 released their track list for their upcoming comeback ‘SPINNING TOP : BETWEEN SECURITY & INSECURITY‘. Check them out below! 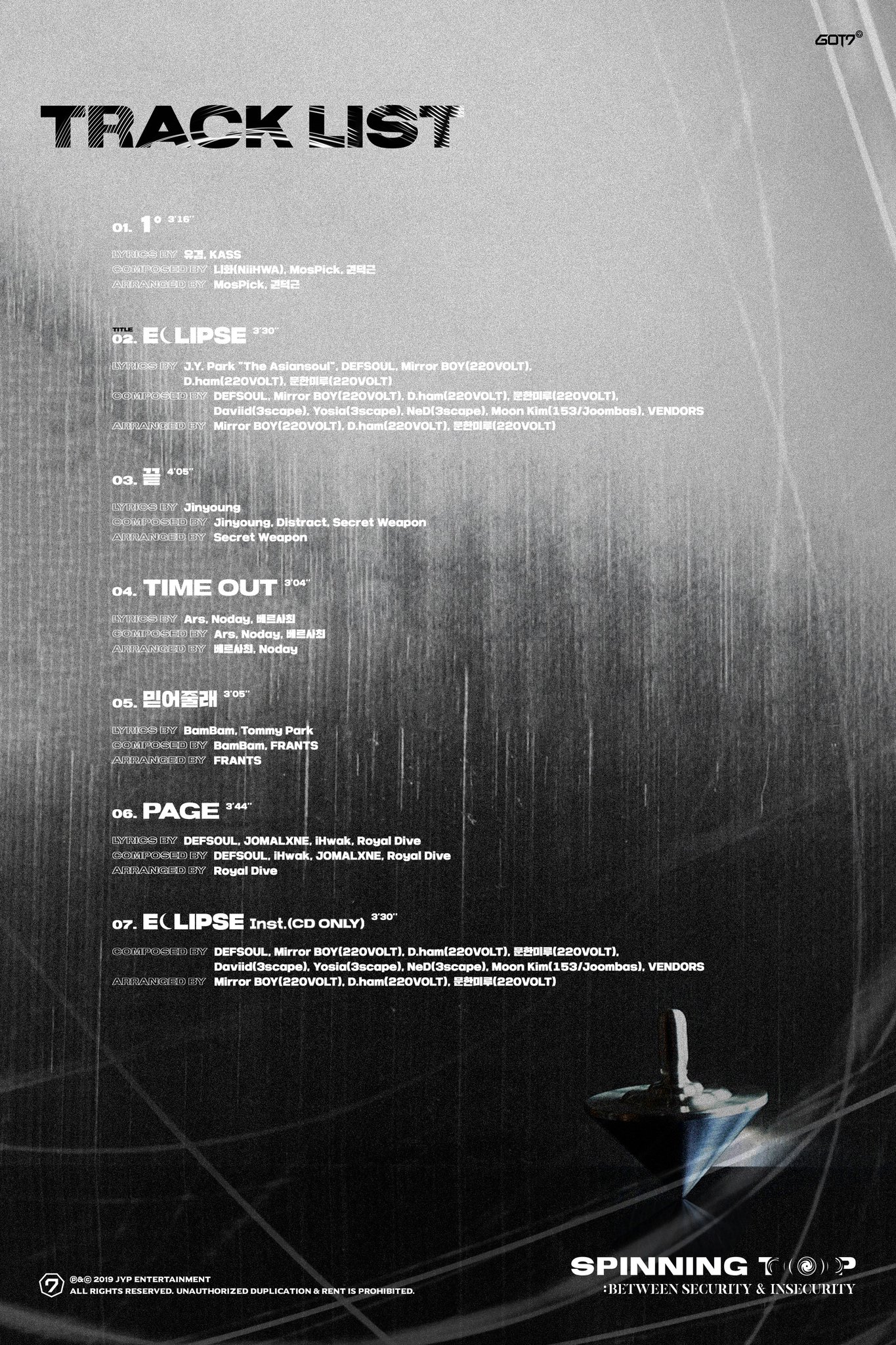 The album has seven tracks in total, including an instrumental version of their title track ‘Eclipse‘ which is available on the CD only. Their CEO JYP and the leader JB collaborated to produce ‘Eclipse‘. Bambam, Youngjae and Jinyoung also have self-produced tracks on this album.

What do you think about GOT7‘s individual teaser images for ‘SPINNING TOP: BETWEEN SECURITY & INSECURITY’? Let us know in the comments below.