GOT7 reveals their ‘Eyes On You’ comeback schedule!

GOT7 reveals their ‘Eyes On You’ comeback schedule!

GOT7 is ready to dominate their March comeback! They have revealed their comeback schedule, so check it out below! 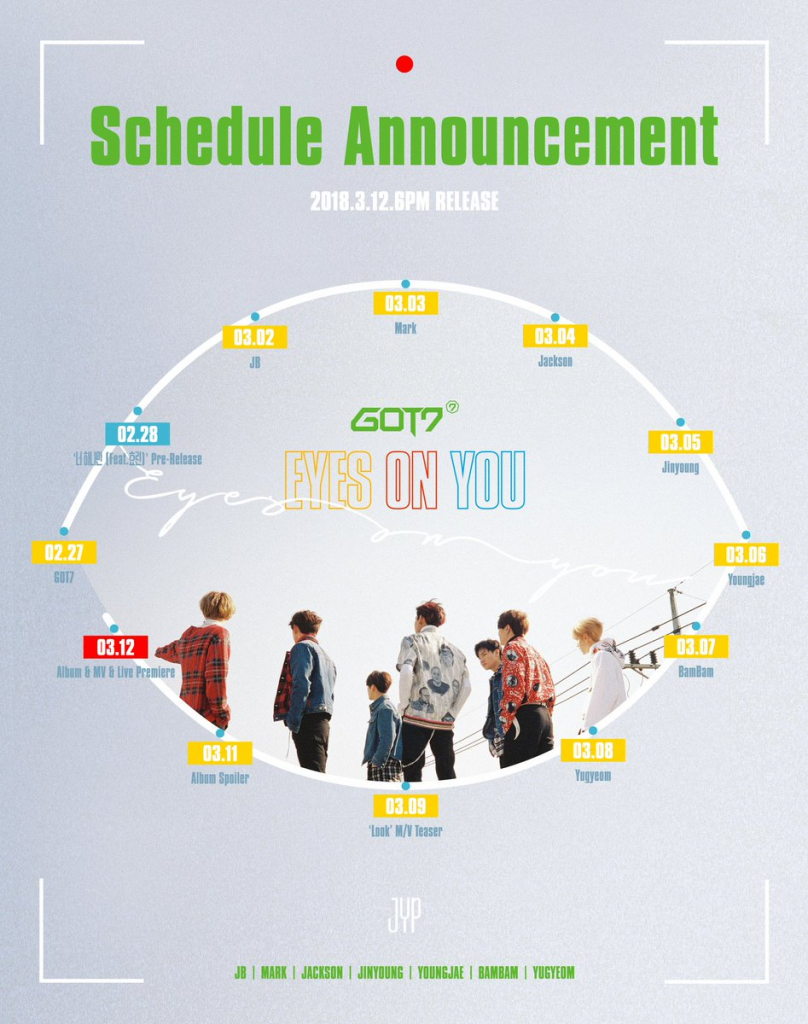 They have a lot of things prepared for IGOT7. They will start off the week with GOT7‘s group teaser followed by Jb, Mark, Jackson, Jinyoung, Youngjae, Bambam and lastly Yugyeom‘s teasers from February 27th to March 8th!

They will also be releasing the pre-release track featuring Hyolyn on February 28th. Finally they end their teasers with the MV teaser and the album spoiler on March 9th and 11th respectively!

GOT7 will make their hot return on March 12th! Are you excited? Let us know in the comments below!

Officially Kmusic will continue to keep updated on Korean entertainment.

written and edited by: Tracey