INFINITE‘s Sunggyu continues to tease for his upcoming solo return. This will mark his comeback in three years since his solo release, ‘27‘ in 2015. Fans are definitely anticipating on an amazing comeback from him. So, for now, check out the image teaser below! 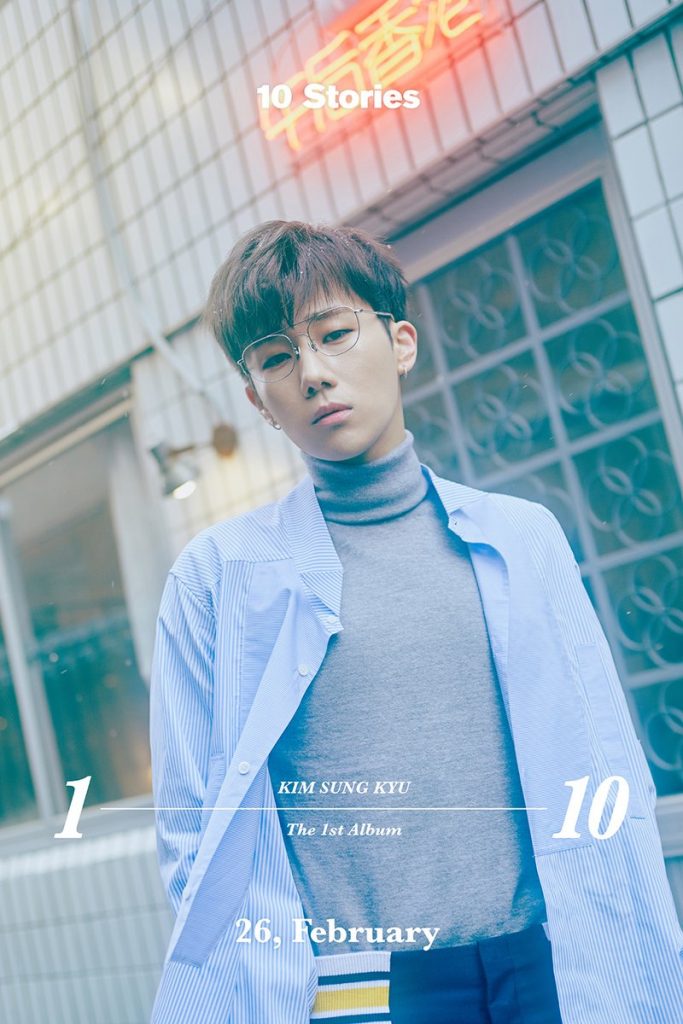 Sunggyu has presented high quality images that have fans swooning at his good looks, as well as at the quality of the image. The colour scheme used for his image works nicely in giving him the perfect look, while showing off the concept.

On top of that, he has revealed his album packaging details. There will be a normal and limited edition album. Both will have a booklet, the CD-R, special post card, a photo card and a poster. What is special about the limited edition one is that it comes in a big size with an outbox. It will also have a film book mark with a special poster.

On top of that, he has revealed the tracklist. There will be a total of ten tracks including the title track, ‘True Love‘, ‘Told You So‘, ‘Stay‘, ‘Attraction‘, ‘The Day Erased‘, ‘Till Sunrise‘, ‘Sorry‘, ‘City Of Angels‘, ‘Sentimental‘ and ‘Mirror‘. 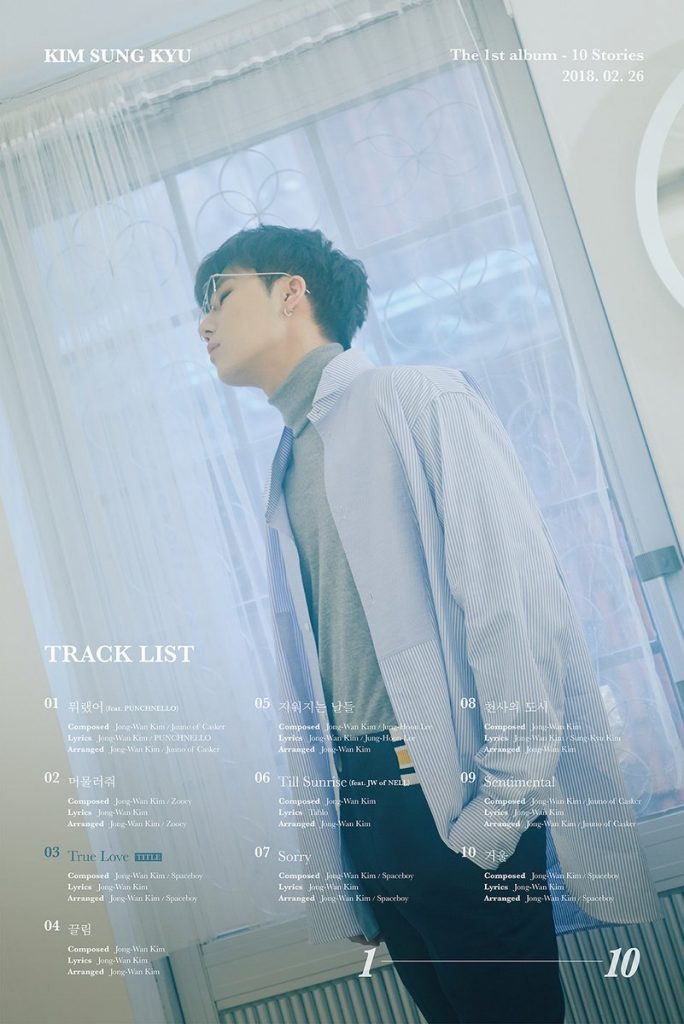 He has also dropped a short MV teaser. So, check that’s out below!

Sunggyu will make his long-awaited solo return with ‘10 Stories‘ on February 26th. Are you excited? Let us know in the comments below!

Scroll for more
Tap
Wanna One continues their ‘Golden Age Begins’ with another set of image teasers
KILLAGRAMZ drops his track list for his 2nd EP ‘Princess’
Scroll
Loading Comments...